That's about a quarter of the total globally.

In the case of stations, the number is closer to 875, according to supercharge.info data, which seems enough to provide a quite good fast-charging opportunity in most of Europe as far as long-distance travel and highways are considered.

In general, about one-quarter of all Tesla Superchargers globally were installed in Europe (over 38,500 now and over 36,100 as of the end of Q2)

The manufacturer has released an interesting animation of the network development, although it appears to be just for illustrative purposes rather than an accurate representation.

A more accurate visual representation of the network can be seen on Tesla's website. In some countries, the network is really dense, but in some of the others, it's a very basic network - just covers the main highways.

Of course, the network is growing consistently with a priority in markets where Tesla sells the highest number of cars. 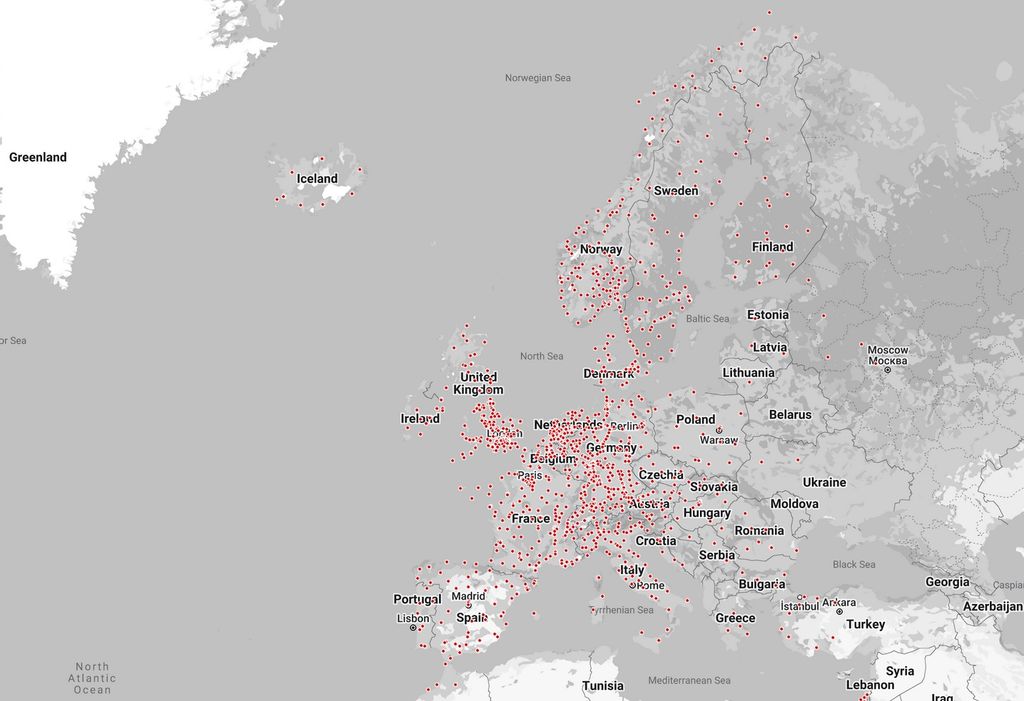 The European Supercharging network is partially available to non-Tesla electric vehicles, through the Non-Tesla Supercharger Pilot program, which makes it a pioneer.

The pilot project (currently available in 14 countries) was possible thanks to the native compatibility of all new Tesla cars with the CCS Combo 2 connector, which is the ultimate standard for Europe (and potentially most of the world in the future, aside North America, South Korea, China and some other markets).

Tesla Superchargers in Europe (V3 versions) can charge at up to 250 kW. In the not too distant future, Tesla is expected to launch an all-new V4 design, which potentially will handle even higher power levels.

Besides Superchargers, Tesla is actively working also on its Megachargers for electric trucks, like the upcoming Tesla Semi.

US: Tesla CCS Combo 1 Adapter Is Finally Available
⠀ ICEing To The Max: Block A Charger With A Pickup And Leave It Idling
By: Mark Kane
++
++
Got a tip for us? Email: tips@insideevs.com