The list includes all types of electric cars - from small to pretty big sedans and SUVs.

Energy efficiency of battery-electric cars tramples internal combustion engine cars and, according to the latest data, there are now more ultra-efficient BEVs on the market than ever before.

The Department of Energy (DOE)’s Vehicle Technologies Office noted this week that a total of 17 models from the 2022 model year achieved an EPA combined fuel economy rating of 100 miles per gallon equivalent (MPGe) or higher.

MPGe is a unit of measure, used by the Environmental Protection Agency (EPA), to represent EV fuel economy in a common unit with internal combustion engine vehicles (1:1).

In the case of plug-ins, 1 MPGe is 33.7 kWh of energy, the equivalent of energy stored in one gallon of gasoline (3.8 litres).

The list of 17 models with 100+ MPGe fuel economy, represents a total of 37 unique configurations (each above 100 MPGe). The top results for each model (best configurations) have been shown in the table below:

The top models - Tesla Model 3, Lucid Air and Tesla Model Y are already at around 130 MPGe, which is pretty spectacular. The Tesla Model 3 RWD is the #1 with an MPGe of 132. 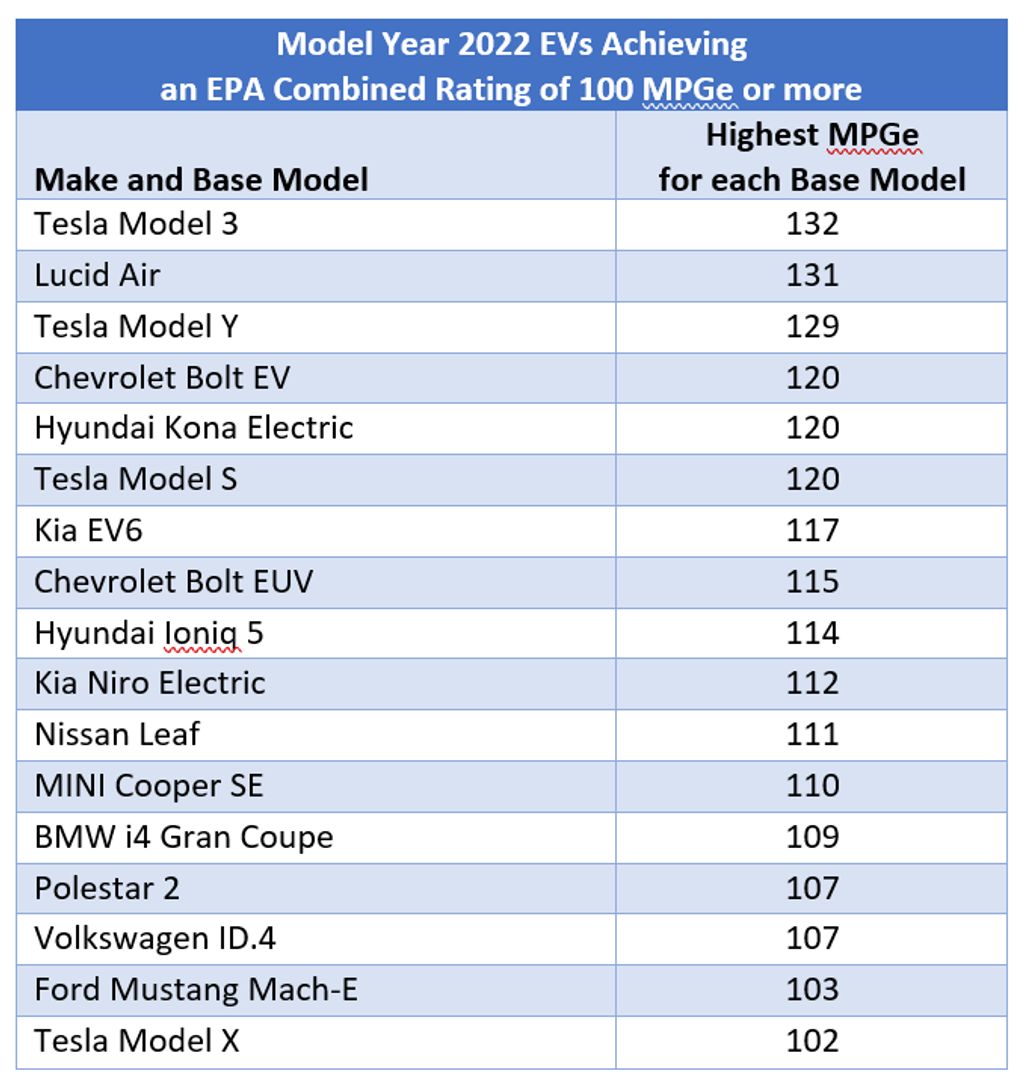 * Some models have configurations that fall below 100 MPGe

It's expected that, in the coming years, we will see not only an obvious increase in the number of ultra-efficient models but also that the results will go noticeably up.

There are various reasons for that - starting with the use of dedicated BEV platforms and ongoing advancement of the technology, including lighter batteries or structural battery packs (lower weight of the car, with the same battery capacity).

We must remember that 10-20 years ago manufacturers barely started trying to build electric cars with modern lithium-ion batteries, now the technology is entering a really crucial phase with research fueled by billions of dollars.