It's unclear why the dealership didn't put a driver in a Lexus, but it may have been a mistake with a stock image.

It's still completely unclear why a New Zealand Lexus dealership used an image of a Tesla Model 3 in a safety ad on its Facebook page, and the dealer has since taken it down. However, it's exceedingly clear that the lady in the photo is sitting in a Model 3, rather than a Lexus product.

When we first heard about this, we thought perhaps Lexus was using a Model 3 in some sort of safety testing capacity. We immediately imagined someone from the dealership driving the Tesla or at least talking about it, with specific references to its safety features.

Instead, it was simply an image of a woman sitting in a Model 3, though there's no actual reference to the Tesla. At this point, people are speculating that it was likely a mistake by the social media team at the dealer, since it was removed and replaced with a different image.

The dealer is Lexus of Tauranga in New Zealand, and the Tesla photo was captured by Gavin Showbridge (@KiwiEV) and shared on Twitter. As you can see, there's really no question it's the inside of a Model 3. You can refer to the image at the top of the page to be sure.

Lexus of Tauranga has been running an ad campaign that's centered around safety. If you visit the dealership's Facebook page now, you may see a post at the top of the page from September 8, 2022. It shows a child and addresses proper seatbelt positioning. Similarly, the previous image of the Model 3 was related to steering wheel positioning. 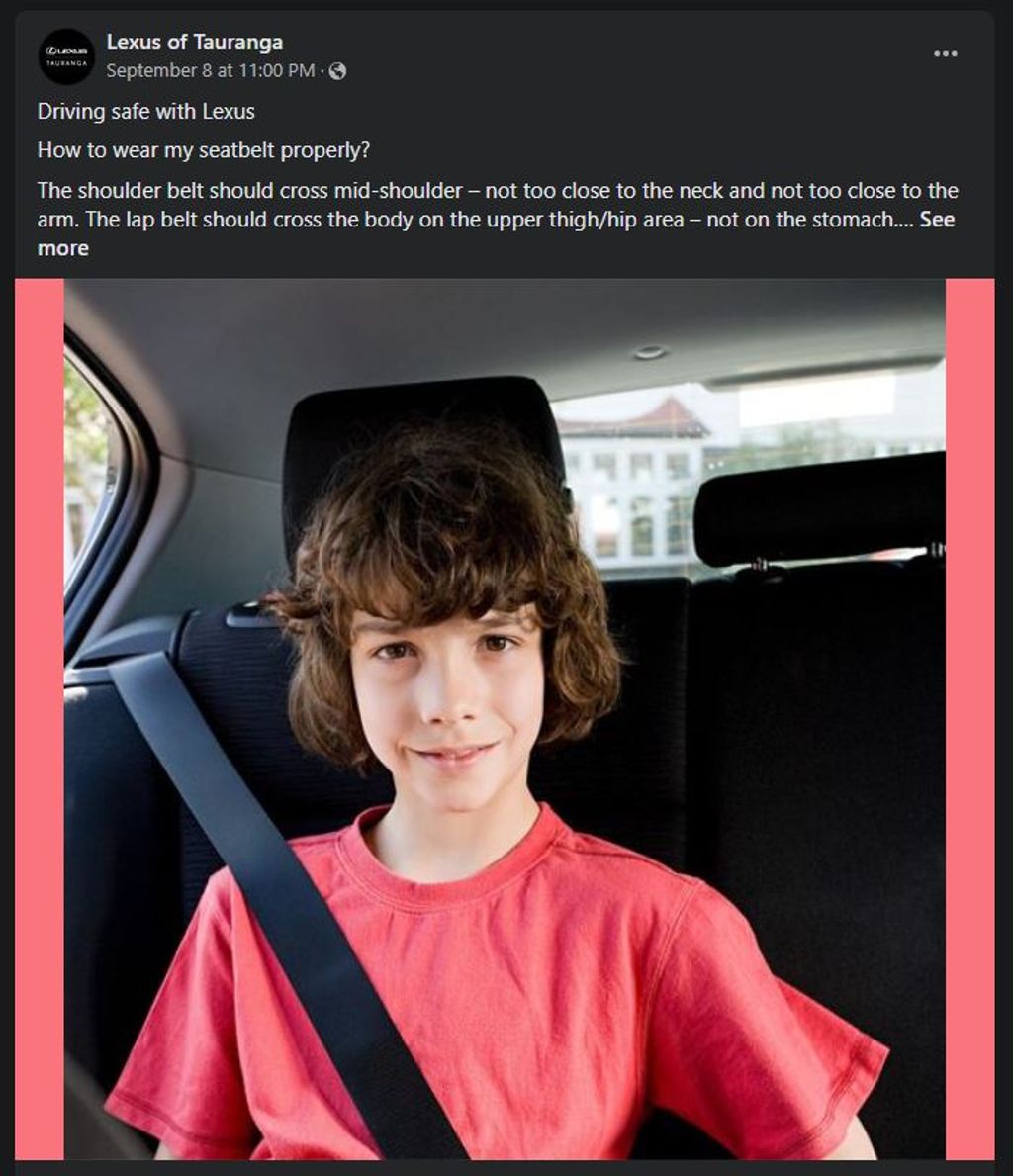 These are zoomed-in photos that are specific to some feature. They almost appear to be stock images, so they're not intended to highlight a specific car, but rather, to provide a clear image of the concept being shared.

The image of the Model 3 is zoomed in enough that you can really only see the driver and the steering wheel position. It's actually a really good image that anyone could use as a stock image to illustrate the concept. If you're not really familiar with Tesla and/or have never been inside the Model 3, you may not even question the photo. That said, if you look closely, it becomes abundantly clear quite quickly.

Another user was able to grab a shot of the ad before the dealership took it down. Evers (@cosmopassenger) posted a zoomed-out version as a reply, just to make things more clear. However, for most folks, the original tweet was enough to identify the Tesla sedan.