Only all-electric car sales are still growing, but at a slower and slower pace.

The Society of Motor Manufacturers and Traders (SMMT) explains that there are still significant supply chain shortages.

"Ongoing global supply chain issues, predominantly the lack of semiconductors, continued to frustrate order fulfilment, exacerbated by Covid lockdowns in key manufacturing and logistics centres in China, plus disruption from the war in Ukraine, all of which restricted production output and thus supply into the UK new car market."

The plug-in electric car segment is also affected by the supply issues, as the number of new registrations decreased almost 11% year-over-year to 18,776. Because of that, the market share decreased compared to the previous year by 16.7%.

If we take a look at the numbers, it turns out that the plug-in hybrids are to blame, as they are down 34% year-over-year. All-electric cars are actually up by 9.9% to 12,243. And that's the only segment that is still growing because conventional hybrids are down 6.7%.

So far this year, more than 185,000 new passenger plug-in cars were registered in the UK, reaching an average market share of over 20%. 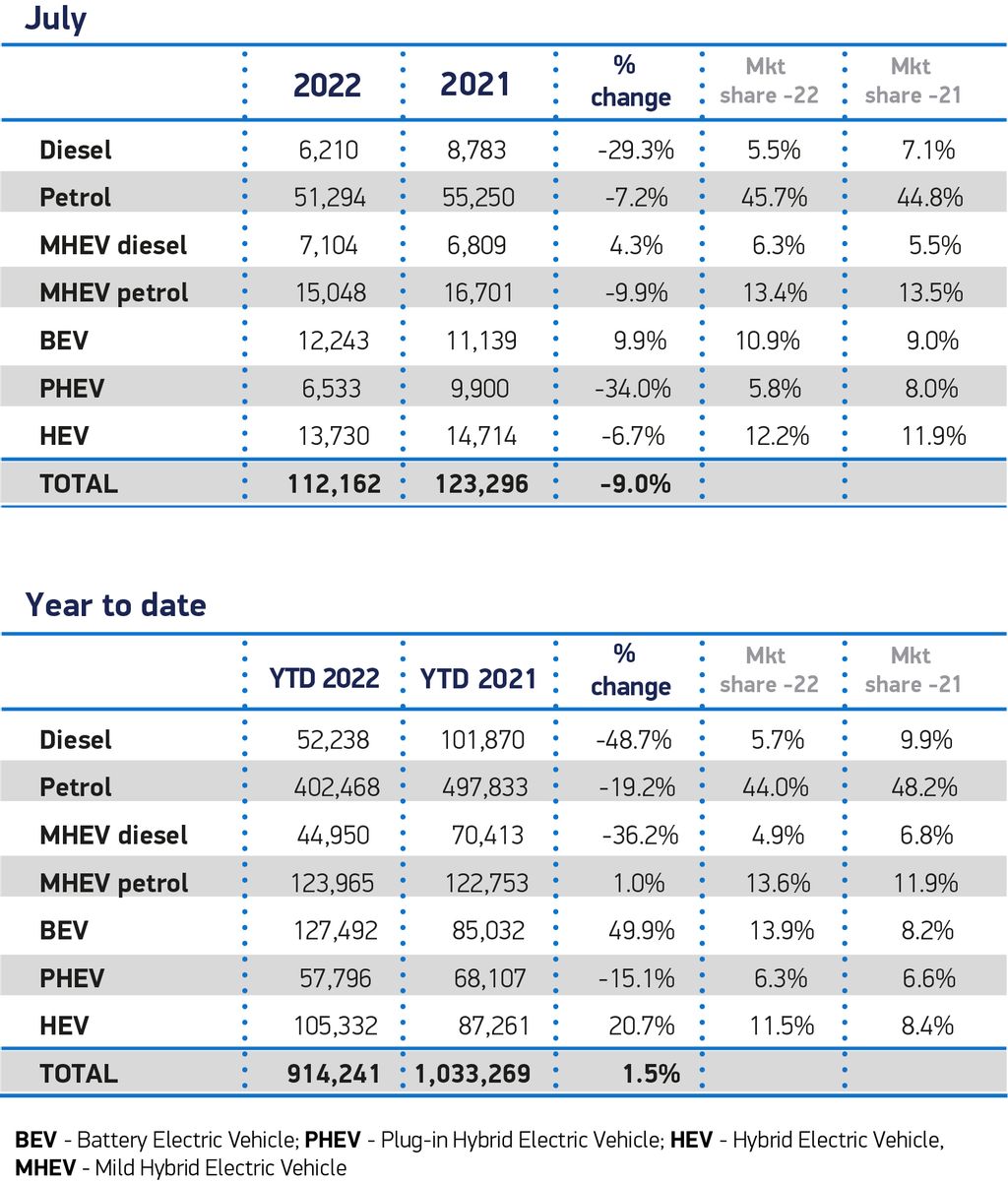 In July, none of the standalone electric models were able to break into the top 10 for the month or year-to-date. In June, the Tesla Model Y was second best (and 10th YTD). 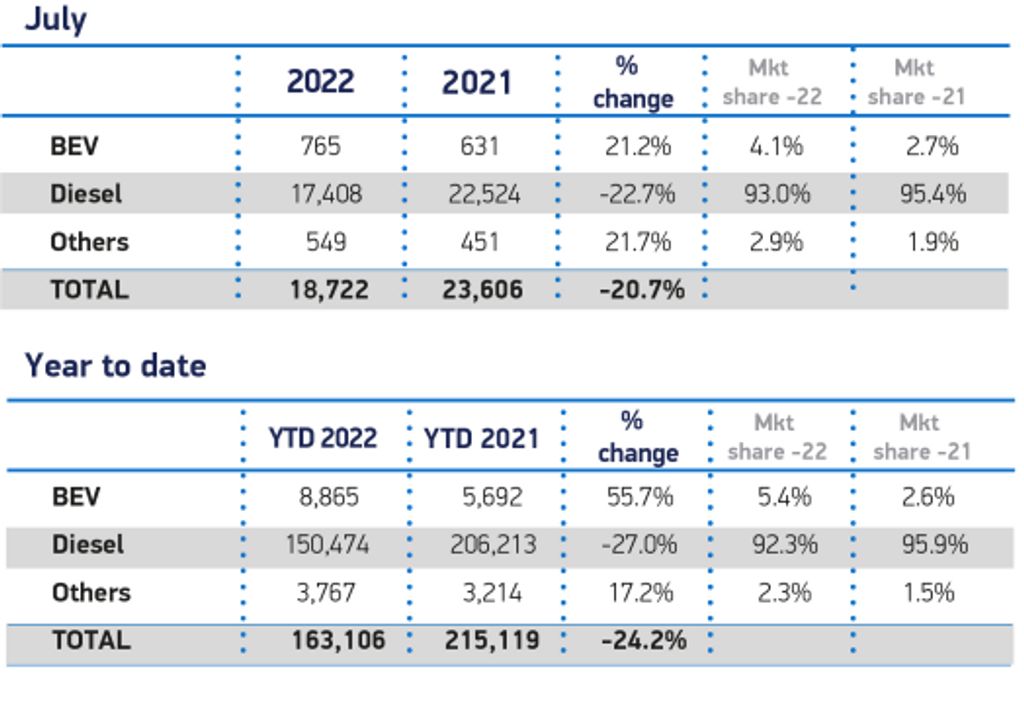