New passenger car sales in Norway continued the downward trend in July, as the number of registrations amounted to 7,247 (down 31% year-over-year). After the first seven months of this year, the market is down 19.8% at 75,752.

Something worrying is happening also with the plug-in electric car sales, as not only did the number of registrations decrease year-over-year for the fourth consecutive month (and sixth time this year) but also the market share.

Last month, 6,013 new passenger plug-in electric cars were registered, which is 32.4% less than a year ago. The decrease is substantial and a bit higher than for the overall market. It resulted in a market share of 83.0%, compared to 84.7% a year ago.

We know that there is an issue with plug-in hybrids, which without generous incentives, are down significantly, but the all-electric cars with a 24% decrease are also significantly impacted.

What we see in those numbers is the combination of supply constraints, market uncertainty, and lower incentives in the case of PHEVs.

Only time will tell whether we will see some better results later this year.

So far this year, more than 66,000 new passenger plug-ins were registered in Norway.

The two most registered models in July were the Skoda Enyaq iV (673) and its MEB-based cousin, the Volkswagen ID.4 (649). The third EV (and 4th car overall) was Hyundai Ioniq 5 with 279 units.

If we take a look at the table below, we can see that crossover/SUV, often from a premium segment, are the favorite choice in Norway. 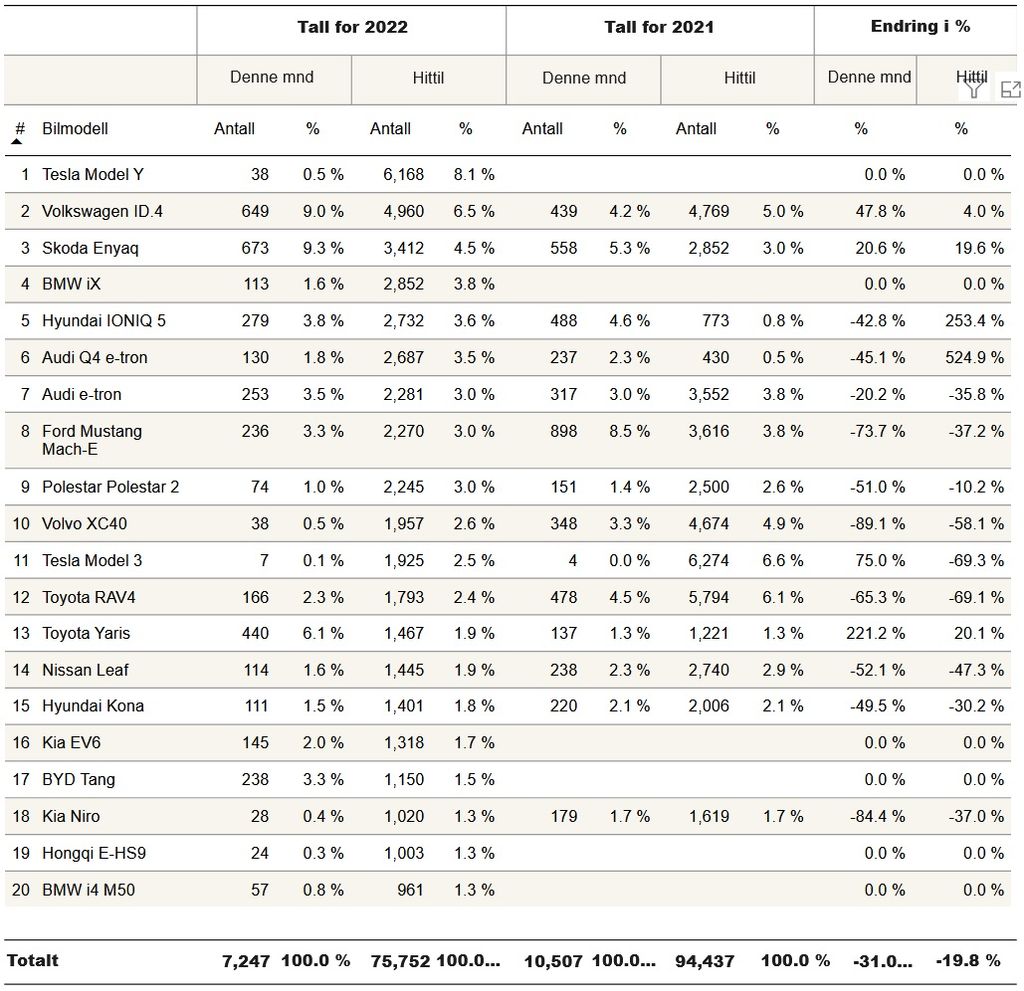