Study Says Demand For EVs, Hybrids Is Higher Than Average In Rural US

Mississippi is the state with the largest increase in electric and electrified vehicle sales, followed by Hawaii.

Out of all the US states, electric and hybrid vehicles are now most common in California (8.3 percent of all EVs in the US are here, thanks to large urban centres like Los Angeles and San Francisco with high adoption rates. However, a new study now points to the fact that it’s not California, or Oregon, or Washington that have the highest increase in demand for these vehicles, but rather Mississippi.

According to iSeeCars, the state of Mississippi recorded a 242 percent increase in demand for EVs and hybrids since 2014 - the highest in the country. Back in 2014, Mississippi’s alternative fuel vehicles only accounted for 0.9 percent of all vehicles in the state, well below the national average at the time of 2.2 percent. Today hybrids and EVs hold a 3.1 percent share, which is almost at the current national average of 3.4 percent. 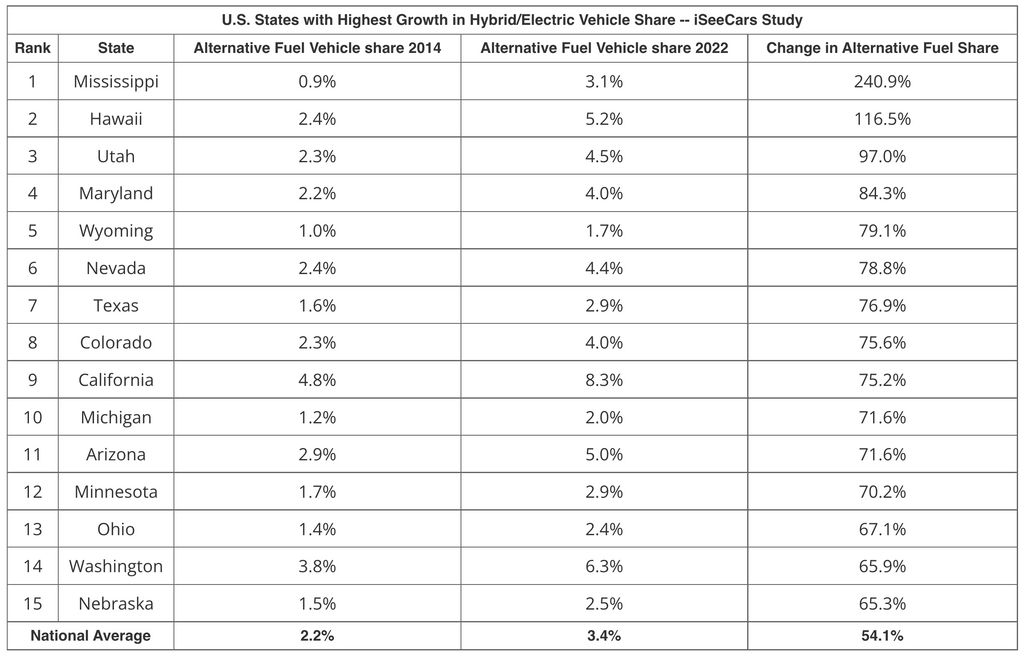 The second largest increase comes from Hawaii where demand today is up 116.5 percent growth in market share. In 2014, its share alternative fuel vehicles was just above national total at 2.4 percent and today it has risen to well above average, to 5.2 percent. Utah is next with a 97 percent growth and today 4.5 percent of the state's vehicles are EVs and hybrids, according to the study.

Karl Brauer, an analyst with iSeeCars, says that

You expect to see strong hybrid and electric vehicle sales in states like California, Oregon and Washington, or in cities like San Francisco, Los Angeles, or Seattle.

While those areas do have the highest percentage of alternative fuel vehicles, the areas with the greatest growth in hybrid and electric vehicle share come from states and cities few would expect. 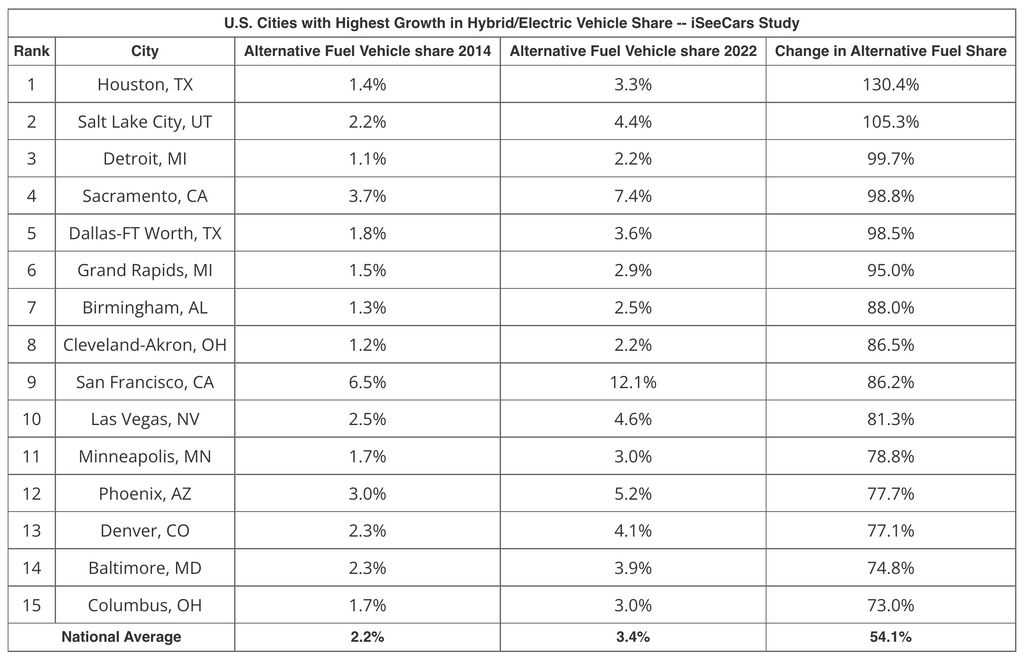 The data presented also suggests that while California is still a leader, its growth in demand for alternative fuel vehicles is ninth overall in the rankings presented in the study. Brauer points out that

It’s pretty amazing that California barely makes the top 10 in terms of hybrid and electric vehicle growth since 2014, even with strong incentives encouraging their purchase.

Conversely, despite not having any statewide incentives, Mississippi’s EV adoption is growing faster than all other states, and could continue to do so as Nissan has plans to manufacture EVs in its Mississippi plant in the coming years.