The Toyota bZ4X entered the market with over 200 units sold so far.

The Japanese manufacturer was noticeably affected by the "ongoing inventory challenges" in Q2:

Out of that, electrified vehicles (HEV, PHEV, BEV, FCEV) stand for a quarter of the total volume:

Plug-in electric vehicle sales decreased more than Toyota's total volume or electrified volume, which is a very unfortunate outcome, especially since there are new models in the lineup.

It means that the Japanese group already triggered the start of the phase-out of the federal tax credit incentive. Later this year, we will see a lowered amount of available federal tax credit for Toyota vehicles (currently still up to $7,500) - more on that in a separate post.

When it comes to particular models, there are three plug-in hybrids (two Toyota and one Lexus), one all-electric (Toyota bZ4X), as well as one hydrogen fuel cell model (Toyota Mirai).

The Toyota RAV4 Prime remains the highest volume plug-in model in Toyota's offer, while the Toyota bZ4X noted its first few hundred units. Unfortunately, both Prime plug-in hybrids are down year-over-year, which dragged down the entire plug-in category:

Toyota electrified car sales in the US in Q2 2022: 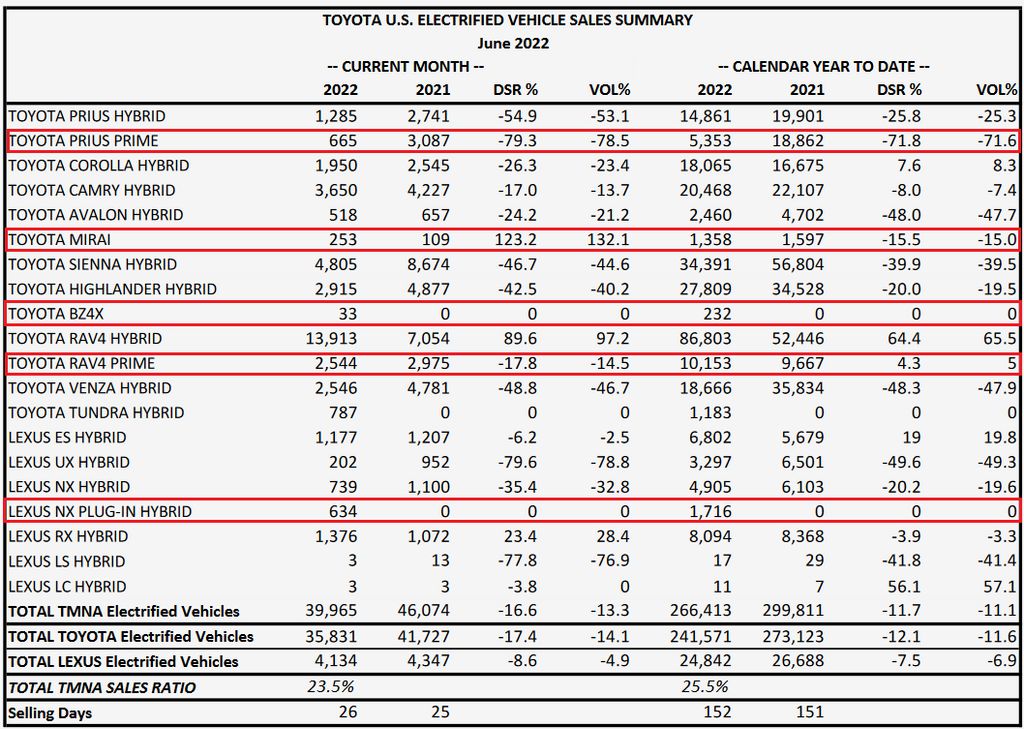