Italy’s EV Sales Recover In May: Light At The End Of The Tunnel

Times have been tough, but it appears EV sales in Italy will begin to turn around.

Italy’s EV market is not yet out of the woods, but things are starting to look up again. As European countries continue their long run to electrification, the continent’s fourth-largest auto market struggles to regain the pace it lost a few months ago.

The latest Unrae stats for the month of May confirm the start of what will hopefully be a long-term rebound for electrified vehicles. As the overall car market still suffers, with less than 122,000 registrations compared to over 144,000 twelve months before, the 15% year-on-year (YoY) volume reduction is almost good news, compared to the same stats from recent months.

ICE powertrains continued their slow, yet inexorable decline – about a quarter YoY in absolute numbers – with petrols and diesels at 28.4% and 19.5% market share (vs 31% and 23.5% in May 2021). Traditional, plugless hybrids maintained their most-popular status with 33.5% share (it was 28% a year ago). 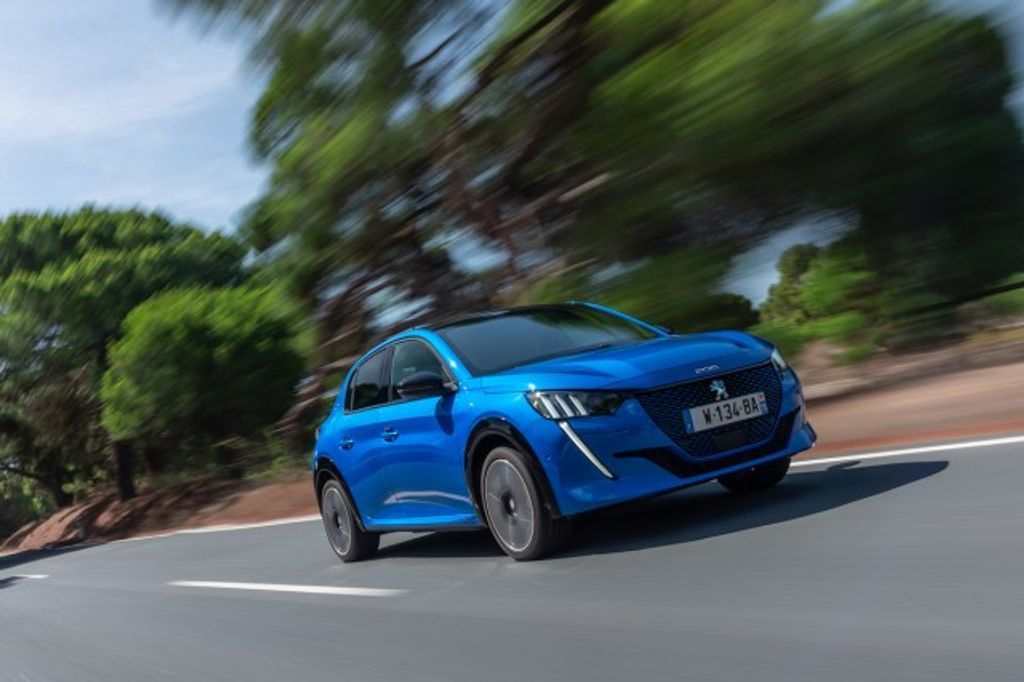 Full electric cars reached 4,489 registrations for the month, down 13.2% from the 5,172 units of May 2021. This is a result that was caused once again by the long wait for new incentives, as repeatedly promised by the Italian government.

The final balance was rescued by the launch of the new, leaner incentives package for low-carbon vehicles at the end of the month, which helped re-open a market on hold since January, and that reached its bottom in April. Market share for BEVs thus reached 3.7%, marginally up YoY from the 3.6% of May 2021, due to the lower number of overall car sales. From June onwards, figures should return to much healthier levels, as there is now certainty of the fiscal regime for the next three years.

Plug-in hybrids proved more resilient than BEVs in the wait for new incentives, scoring a good 7,476 units (in line with last year’s 7,747) that reaffirmed their lead among plug-in options. Market share reached 6.1%, up from 5.4% a year prior.

The combined share of plug-in powertrains for the month of May was almost 9.8% (up from 8.9% twelve months ago) mainly thanks to PHEVs, and close to the psychological 10% threshold that was routinely overtaken in the second half of 2021, but out of reach since the start of 2022. We should return to > 10% levels going forward, and hopefully closer to 15% in coming months as pent-up demand for electrified powertrains is finally unleashed. That is, so long as automakers play ball and deliver on customer demand!

This month’s BEV Top 10 doesn’t come with big surprises, but rather a reassuring increase in overall volumes from that of the previous month. 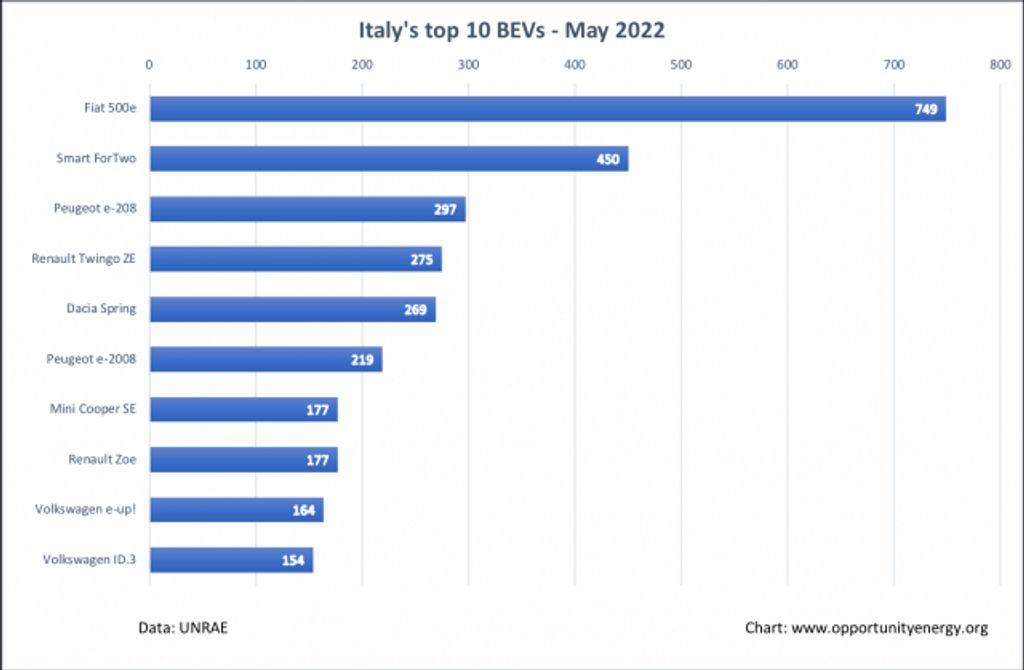 Fiat 500e held steadily in the first position with 749 registrations, way ahead of runner-up the Smart ForTwo, with 450 units. An unusual third was the Peugeot e-208, with 297 registrations, helped by underwhelming results by other A-segment models, perhaps held back logistically by the late launch of new incentives.

Renault Twingo ZE took the fourth position with 275 units, followed by Dacia Spring at 269, all way under their potential and soon to be back in higher numbers. More of the usual A- and B-segment BEVs filled the lower positions, with VW ID.3 closing as the only C-segment model in the Italian Top 10.

Teslas were once again out of sight, with a likely comeback in June for the end-of-quarter rush, even if outside of the new incentive scheme. It is unlikely the American models will be back in very high numbers any time soon however, given the recent ~20% price hike and the exclusion from fiscal benefits (reserved for BEVs below 35,000€ + VAT), that will make them unreachable to most for the foreseeable future.

As a very uncertain period draws to an end, we can look forward with renewed confidence to a more stable phase of growth starting from June. Lower – but long-term – incentives will help both supply chain and consumer demand, hopefully jump-starting a market that had stalled since the end of last year.