Italy's EV Debacle In April Ahead Of New Incentives

Italy’s car market kept tumbling in April. As widely expected, with the government delaying the re-introduction of incentives for zero or low carbon models, and the promise to include some internal combustion engine options in the scheme, car buyers paused their purchase plans and waited. This affected the whole car market across all powertrains, resulting in yet another bad month.

Unrae stats for the month expose the bloodbath in unequivocal numbers. Overall registrations fell off a cliff, with a total of fewer than 99,000 units, compared to almost 147,000 in April 2021, an almost 33% year-on-year decline. Traditional ICE powertrains specifically declined even more, with a fall of around 40% YoY, with petrols and diesels achieving 27% and 21% market share respectively (down from 31.8% and 23%). Plugless hybrid confirmed their lead, reaching 35% of the total market, up from 28.7% a year ago, although down 18% YoY in absolute numbers. 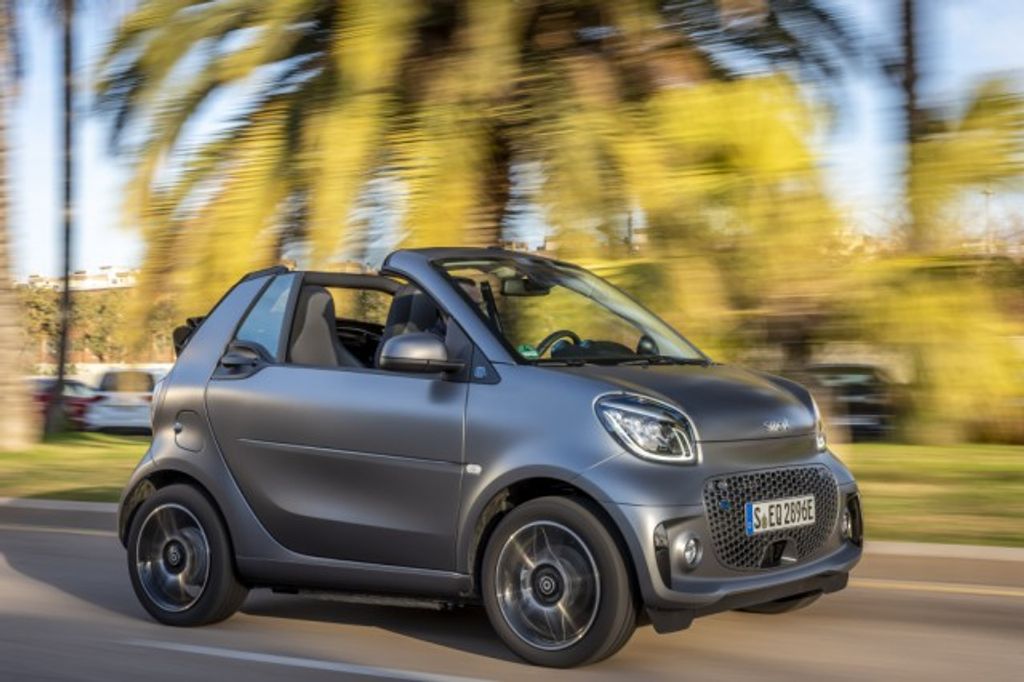 Full electric cars had their worst performance in a very long time, with a total of just 3,050 units, a staggering 37.2% YoY drop from 4,857 registrations in April 2021. In such a comatose market, this was still sufficient for a share of 3.1%, thus only marginally down from the 3.3% of twelve months before. In the complete absence of financial incentives, made worse by the vague promise of upcoming new ones, it was almost surprising to see BEVs reach any sales ahead of a government decision. With the new scheme since finalized, such measly results will hopefully soon become a bad memory.

Plug-in hybrids once again scored better than BEVs in such a wounded market. 5,552 units were registered in April, down 17.1% YoY (from 6,700 units a year before). PHEVs thus reached a decent 5.6% market share, up from 4.6% in April 2021. The total market share of plug-in vehicles for the month was therefore 8.7%, an improvement from the 7.9% recorded a year prior and in line with March, thanks to the performance of plug-in hybrids. 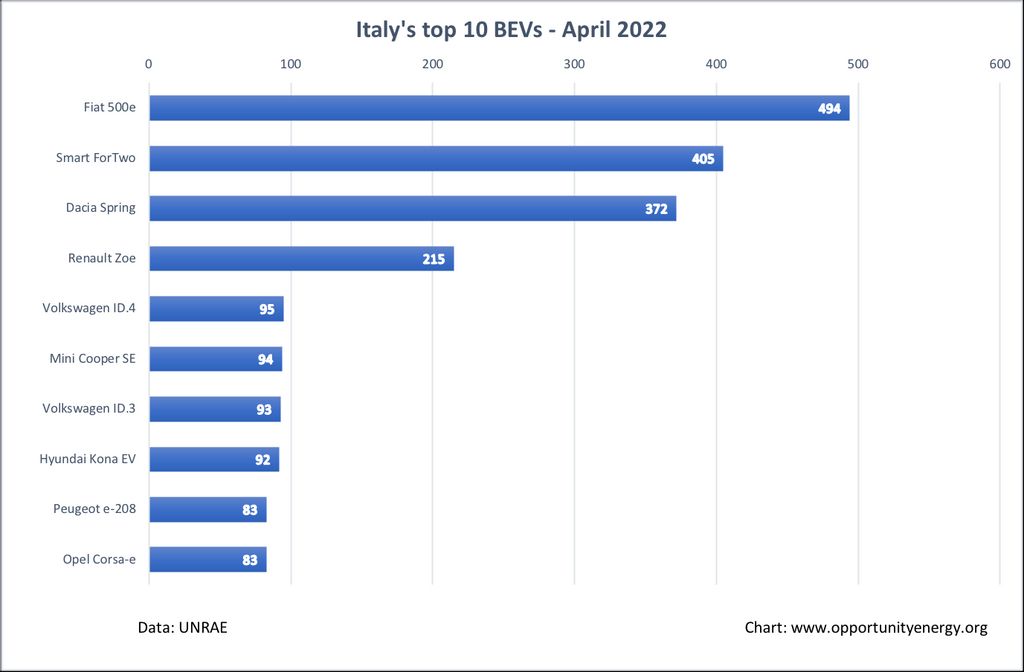 Fiat 500e kept leading the pack comfortably, with 494 registrations, a number representing less than half the sales of twelve months ago. Smart ForTwo followed in second place with 405 units, while Dacia Spring closed this A-segment podium with 372 registrations. No surprises here, if it were not for the low volumes.

Renault Zoe, in the fourth position with 215 units, was the only other BEV with somewhat meaningful numbers, a surprising absence being that of its smaller sibling the Twingo ZE. Gone are the days when the Zoe would reign with high numbers and no meaningful competition. Volkswagen ID.4, a lonely D-segment presence this month given the seasonal absence of Tesla models at the start of the quarter, took fifth place with 95 registrations, followed closely by other well-known models, including its own smaller sibling the ID.3, the only other model above A- or B-segment to make it into the monthly Top 10.

With incentives finally launched by the Italian government in late May, the abysmal performance recorded in April by plug-ins (and the car market at large) should hopefully be the last in a downturn whose main cause was ultimately the mediocrity of the politicians in charge. With the new scheme now live for a three-year period, electrified powertrains should enjoy a renewed period of growth and stability, for all ready automakers to seize.