For reference, the overall market (including hybrids in particular) continues to shrink.

Global passenger plug-in electric car sales increased in April, but the growth continues to slow down due to various factors, including parts supply constraints and COVID-19 lockdown in China.

Nonetheless, we can't really complain as the plug-in segment is the last one that still notes year-over-year growth, as the overall car sales, and non-rechargeable car sales are both in the red.

According to EV-Volumes data, shared by Jose Pontes, some 542,732 new passenger plug-in electric cars were registered in April, which is 38% more than a year ago. Market share amounted to about 10.2%, including 7% for all-electric cars. 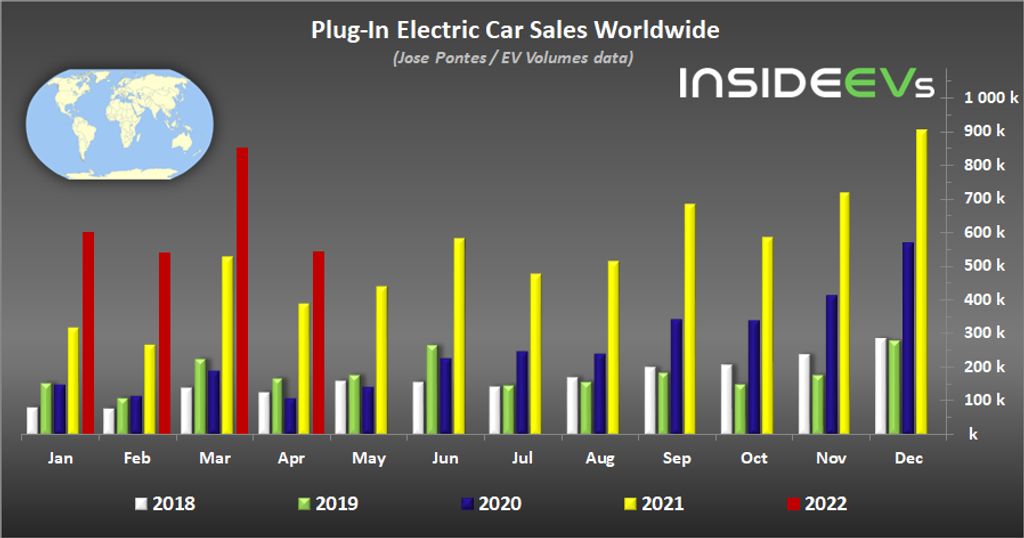 So far this year, more than 2.5 million new passenger plug-in electric cars were registered globally, compared to almost 6.5 million in the twelve months of 2021.

When analyzing those results, we must remember that Tesla's production in Shanghai was affected by a lockdown in China. Otherwise, we would probably see the Model Y as #2 for the month.

Year-to-date, two Tesla models are still at the top, followed by the Wuling Hong Guang MINI EV and... five BYDs. A refreshing thing is that there are also some other non-Chinese models - Volkswagen ID.4 (#9) and Hyundai Ioniq 5 (#10). The Kia EV6 is #16, while the Ford Mustang Mach-E joined the #20.

The latest BYD surge caused a change at the top, as now BYD is ahead of Tesla in terms of plug-in car sales (still far behind if we exclude plug-in hybrids and count solely all-electric cars).

Worth noting is also that Kia advanced by three places to #7, ahead of Hyundai (#8). The South Korean group is becoming a major power in the plug-in segment. 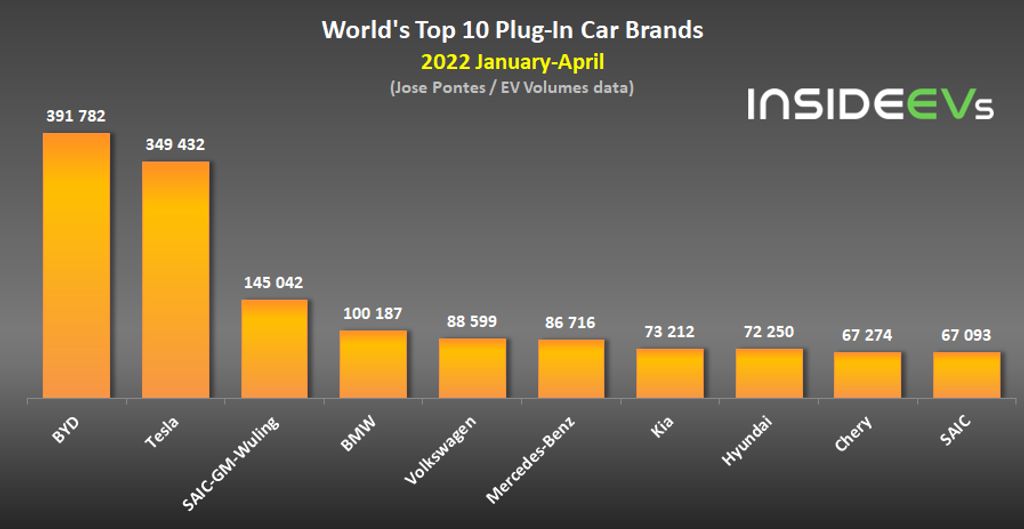