As the name suggests, the FreeWire Boost Charger 200 has a total peak power output of 200 kW, compared to the original Boost Charger (first deployed in 2020), which was able to supply up to 120 kW. A later version, announced in November 2021, was upgraded to 150 kW.

The most important thing about the Boost Chargers is its integrated battery energy storage (a 160 kWh battery pack with NCM battery cells from Envision AESC), which makes it very flexible in many ways (at the stage of installation and operation).

According to FreeWire, the charger can supply up to 200 kW (using CCS plug) or up to 100 kW (using CHAdeMO plug), or charge two vehicles simultaneously, each at up to 100 kW. At the same time, the charger requires several times lower power input (up to 27 kW AC). Interestingly, the charger is also ready for the 800 V battery systems, as its power electronics can deliver up to 950 V. 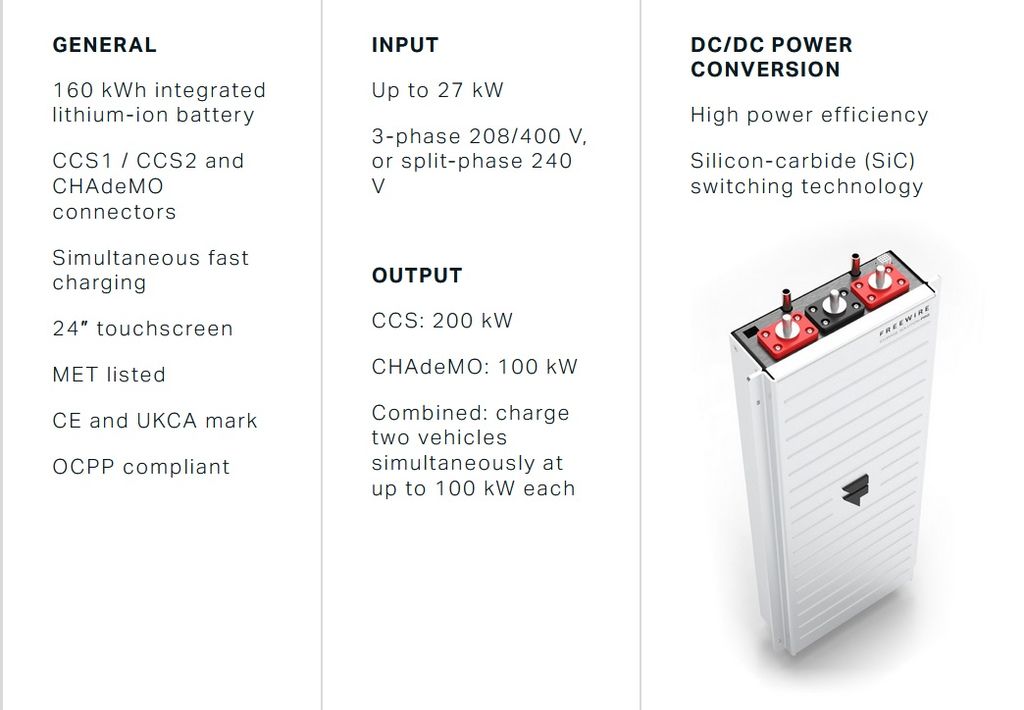 The company explains that an integrated battery allows seamless connection to the existing infrastructure without burdensome construction costs and permitting restraints.

The benefits of a charger with battery energy storage, listed by FreeWire, include:

Proof that a lot of those points might be valid is the recent announcement about the Volkswagen and BP partnership in Europe, which will result in the installation of thousands of Volkswagen's Flexpole "flexible" fast chargers, equipped with battery energy storage (ESS). 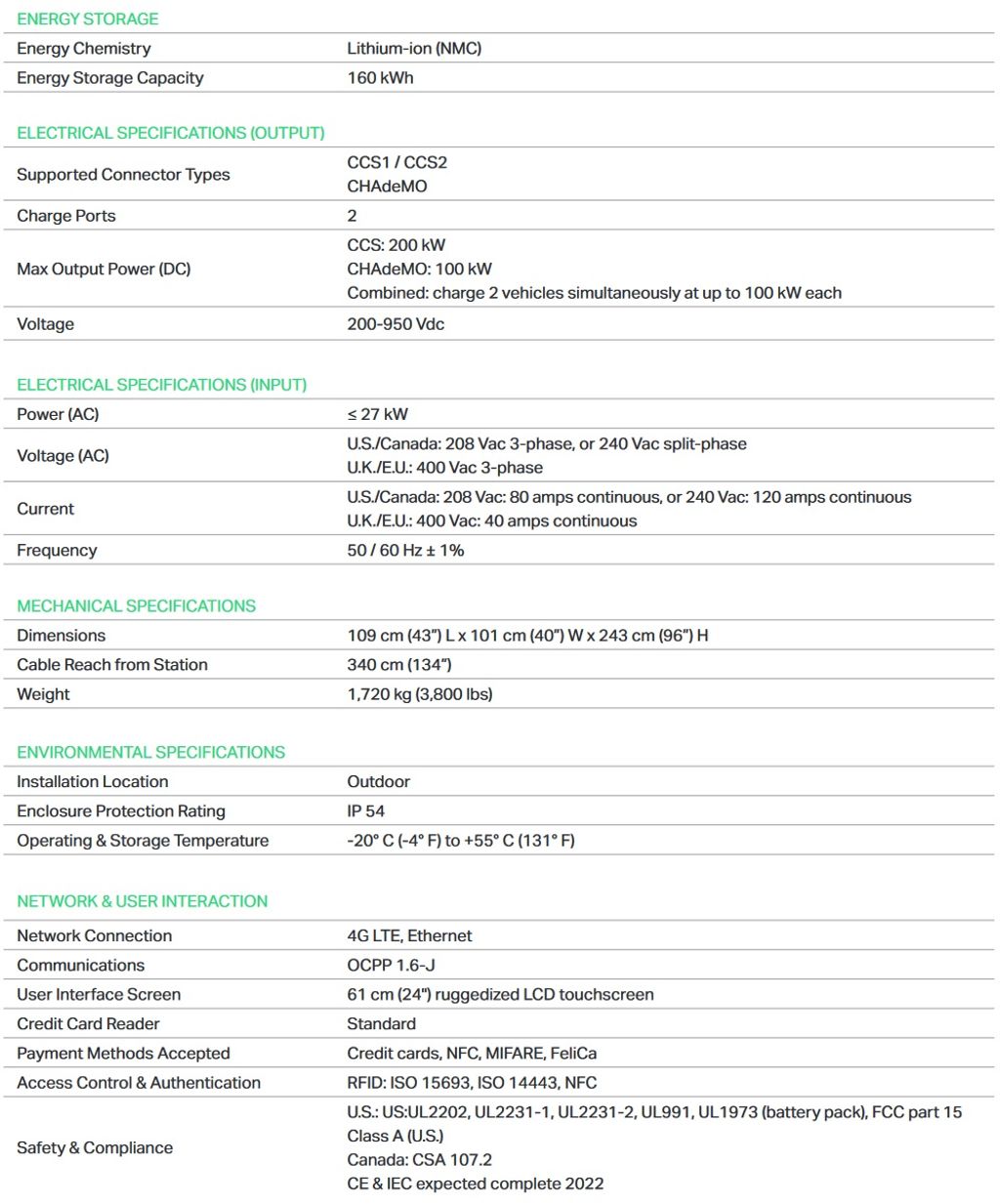 The introduction of Boost Charger 200 follows an additional $125 million Series D financing round in April, which is expected to provide capital for the further expansion of the company.

FreeWire says that it recently broke ground on a new 66,000 square-foot R&D facility in Newark, California to develop and manufacture charging and energy storage products. The facility is under construction and should become fully operational by Summer 2022.

According to the press release issued on April 27, FreeWire has installed nearly 5 MWh of energy storage capacity through battery-integrated charging to date, with over 30 MWh booked. Considering 160 kWh per charger, it would be about 30 chargers installed roughly 200 or so ordered. The mid-term goal is to deploy over 5,000 units by 2025.