15% of passenger cars sold during the period were rechargeable (33% in Europe).

The most interesting thing for us is that the company sold 67,800 Mercedes-Benz plug-in electric passenger cars, which is 37% more than in Q1 2021.

Out of that, 21,900 (up 210% year-over-year) were battery-electric cars. While the all-electric car sales are booming thanks to new models introduced on the market, the plug-in hybrid sales increased by only 8% year-over-year. Nonetheless, they remain in the majority (45,900).

Together with smart (we assume that almost all are BEVs), the company sold some 74,200 plug-ins, which is almost 15% of the total volume. The company noted that in Europe, the plug-in share is much higher at 33%.

"The electrification of the brand continues to gather pace. Driven by the EQA, EQS and the EQC models, Mercedes-Benz was able to more than triple sales of battery electric EQ models to reach 21,900 (+210%) units. Plug-in hybrid vehicles also set a new first quarter record with 45,900 (+8%) sales. In total, the Mercedes-Benz Cars xEVs (BEV including smart and plug-in hybrids combined) now amount to a share of 15% of new car sales. In Europe Mercedes-Benz xEV deliveries accounted for 33% of overall sales, and in United Kingdom almost every fifth new car sold is a battery electric vehicle."

Compared to the total of 89,900 units sold globally, that's a 3% share - not yet as high as in the case of passenger cars.

"The proportion of purely electrically powered Sprinters and Vito was more than doubled in Europe. In the privately positioned midsize van segment, EQV deliveries increased by 103% in the first three months of the year."

Mercedes-Benz's plug-in electric car/van sales - especially all-electric - are expected to continue to grow rapidly in the near future, as Mercedes-Benz has multiple new models ready for launch, including the EQS SUV (an SUV version of the EQS), which will debut on April 19. 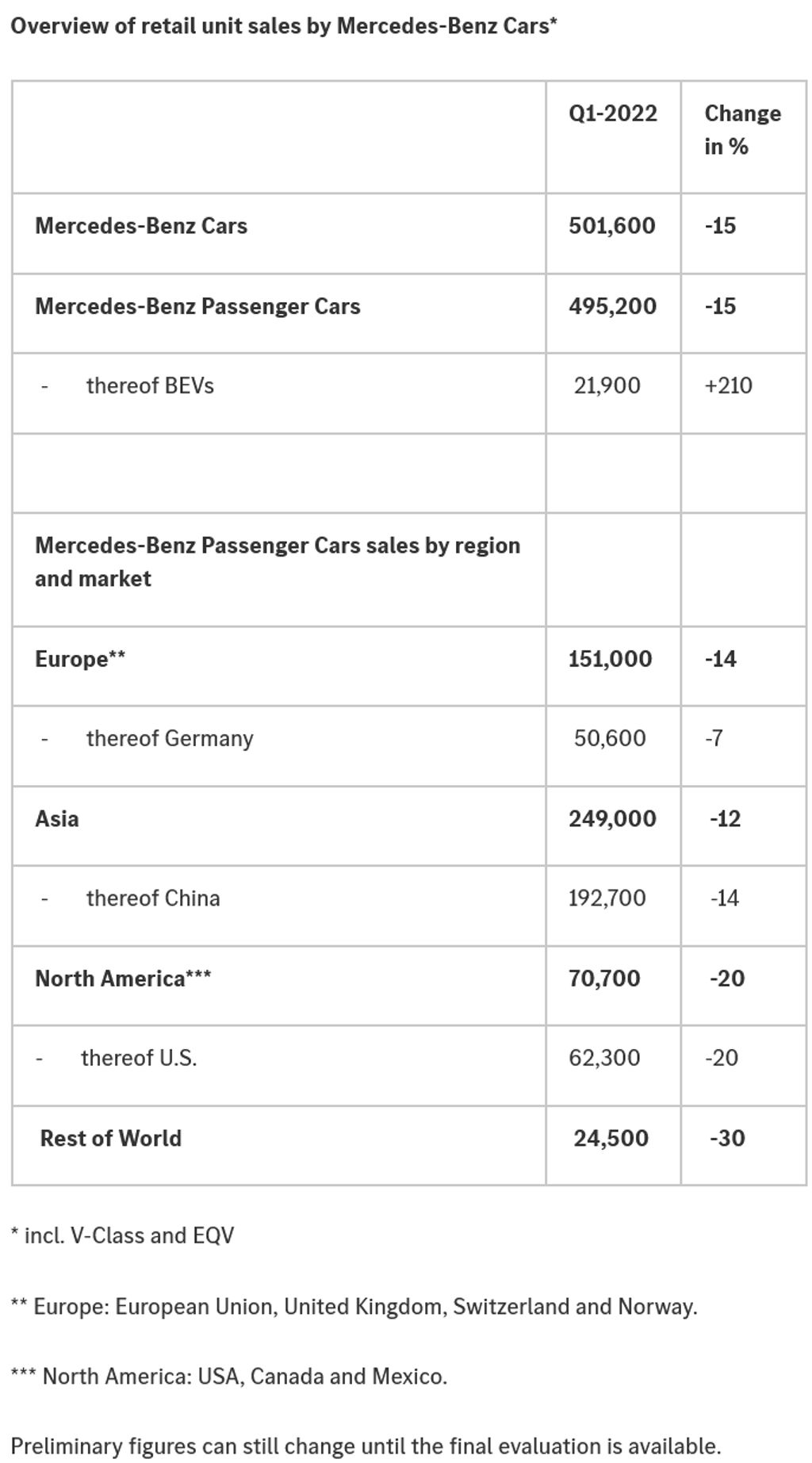