After a stunning year in 2021, global passenger plug-in electric car sales continue to increase in January 2022 at a very high rate.

According to EV-Volumes data, shared by Jose Pontes, over 603,000 new passenger plug-in electric cars were registered last month, which is 87% more than a year ago.

See more of our sales reports for the month January 2022.

A very strong start of the year, combined with the trend that usually sales increase towards the end of the year, makes us very optimistic about the possibility to exceed 10 million units for the very first time. 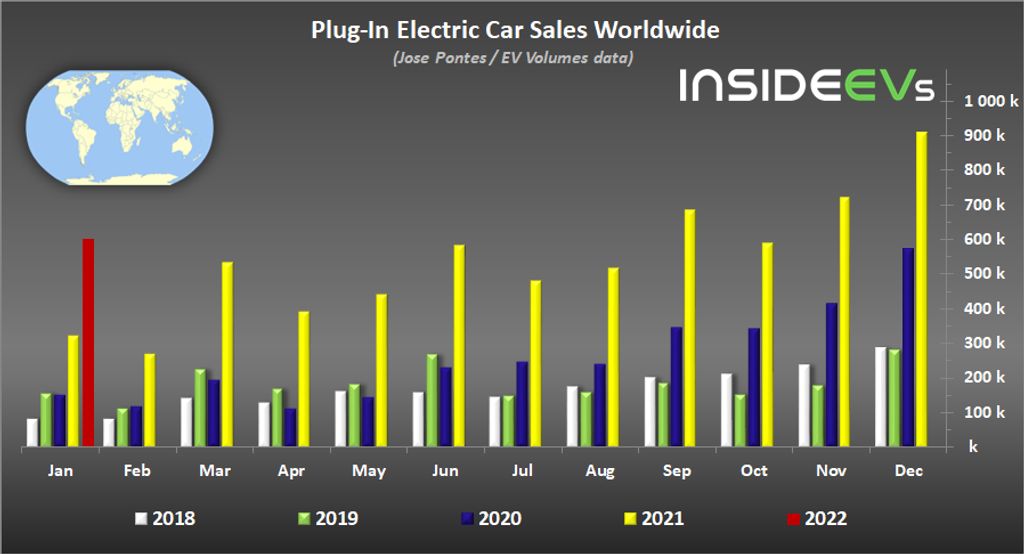 If we check the top 20 most popular plug-in models, it turns out that in January, the list was dominated by the Chinese models. There are 17 Chinese plug-in cars in the top 20 (including 7 BYD), and the remaining three - Tesla Model Y, Tesla Model 3 and Volkswagen ID.4, are partially produced in China too.

Jose Pontes noted that a year ago, there were 9 Chinese models in the top 20, while two years ago only 2.

Nonetheless, the Tesla Model Y managed to beat all of the Chinese plug-ins and take #1 with 32,700 units. The Model Y is clearly on the rise (best January ever), while the Model 3 noted its lowest monthly result since April 2021. 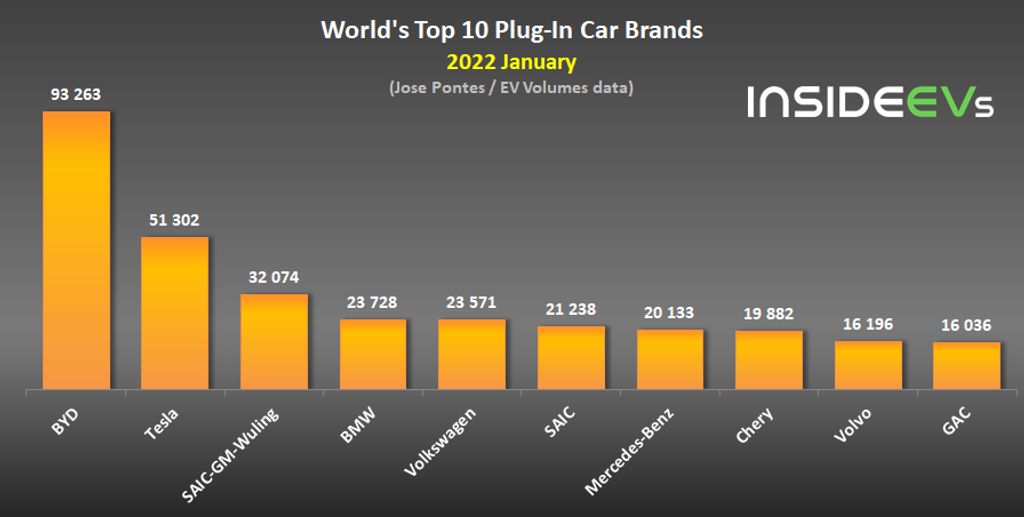