More than 3 million plug-in electric cars were sold in 2020.

With all the numbers for December now in, we can finally take a look at the global sales of passenger plug-in electric cars in 2020. And there is a lot of great news.

First of all, according to EV Sales Blog, December was an exceptionally strong month with an all-time record volume of almost 571,500 units (up 105% year-over-year) and a market share of 6.9%!

It was also the third consecutive month with a growth rate of more than 100% year-over-year, and the third record month in the past four months (September-December 2020).

See more of our sales reports for December 2020.

Most of the plug-in car sales fall on all-electric cars: 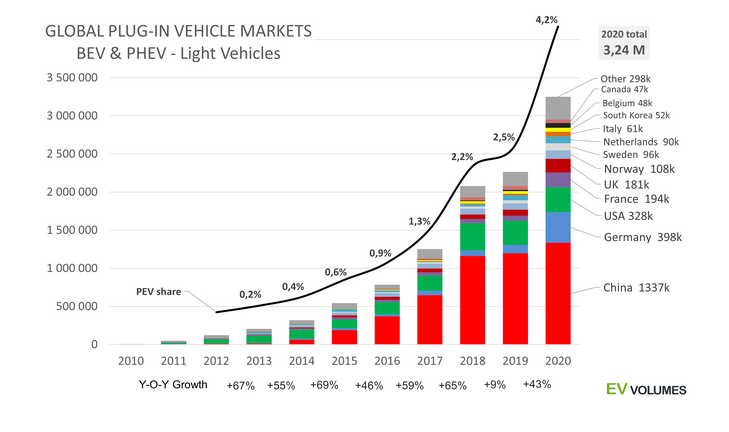 The second best for the month and for the year was the tiny Wuling Hong Guang MINI EV, which entered the market in the middle of the year! The third on the list is the Renault ZOE with a little over 100,000 units!

Tesla Model Y noted almost 80,000 sales this year, which should at least double in 2021 we guess. Then we see the strong Hyundai Kona Electric. The Volkswagen ID.3 entered the market late due to software issues, but it quickly becomes one of the top models, including the third-best result in December. 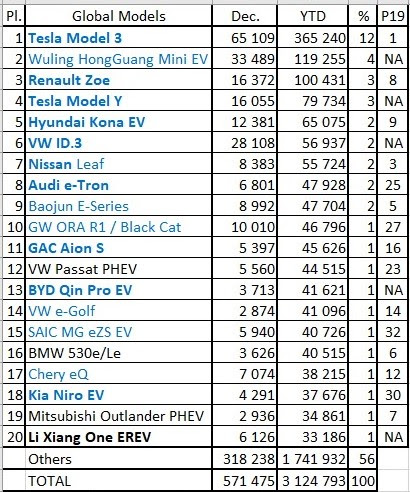 The great news is that now we can see a total of 10 brands in the six-digit range per year: 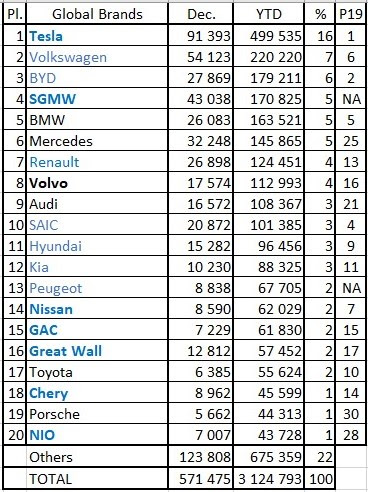