The analyst also predicts that Tesla’s revenue could surpass GM and Ford combined by 2027.

Tesla has taken the automotive industry by storm and it has forced important changes that OEMs probably would not have made on their own. But it looks like the changes they’ve made and will keep making in the near future are not enough to maintain their sales lead over Tesla and now analysts are predicting the likes of GM and Ford will have a lower market share within the next few years.

The prediction comes from known Morgan Stanley analyst, Adam Jonas, who expects Tesla’s US market share to grow to 18 percent, compared to GM’s 12 percent and Ford’s 10 percent by the year 2030. Today, GM’s share is 14 percent, Ford has 12.5 percent and Tesla 3.5 percent, but Tesla’s share is continuing to grow, even in spite of the shrinking market, the pandemic and the ongoing chip shortage. 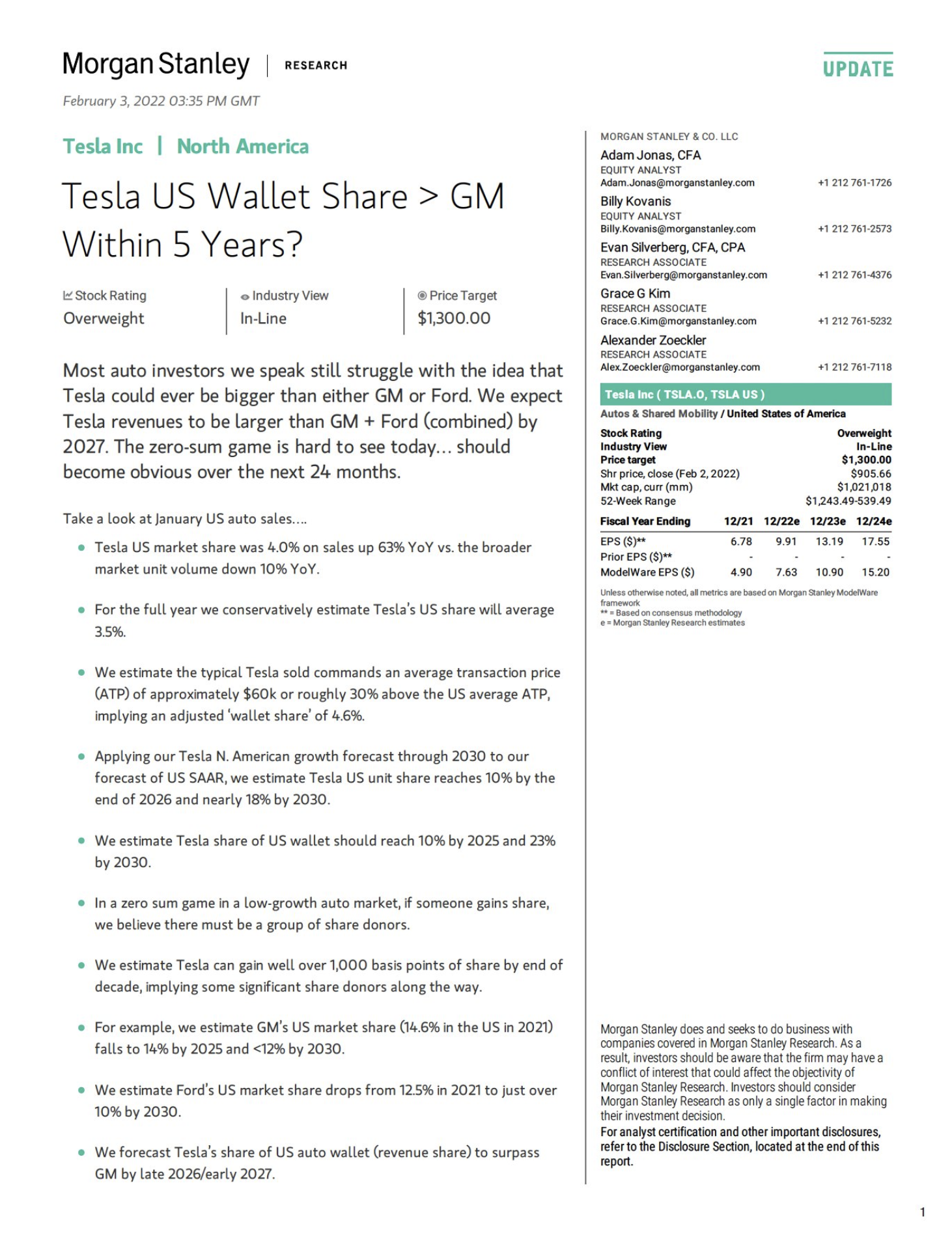 However, even though Tesla’s market share won’t surpass that of Ford or GM by 2027, Jonas predicts that the EV manufacturer’s revenue will be larger than their combined earnings and that this trend should become obvious in the next two years.