It is presented next to a 330 milliliter can of energy drink for scale, to emphasize its tininess.

Koenigsegg, the Swedish hypercar builder, has always made its own engines, which are packed with its own patents and innovations, but now it has made its first electric motor and it’s pretty remarkable. Well, actually it has made two: one e-motor called Quark (to be used in plug-in combustion-engined vehicles and another called Terrier (an electric drive unit comprised of two Quark, for pure EVs).

Koenigsegg didn’t go overboard with details about these new electric motors, but we presume both will be used in different applications in future models from the Swedish company. The Quark will be used in models like the Gemera plug-in hybrid model, and other future PHEVs, while the Terrier will find its way into completely electric models, although Koenigsegg doesn’t have one on offer right now.

The Quark is designed to bolster the low-speed range of the Gemera, where you need it, for brutal acceleration. The ICE then focuses on the high-speed range. What this means in terms of performance for the Gemera is a big power surge followed by a continuous record-speed push to 400 km/h without any torque or power losses. 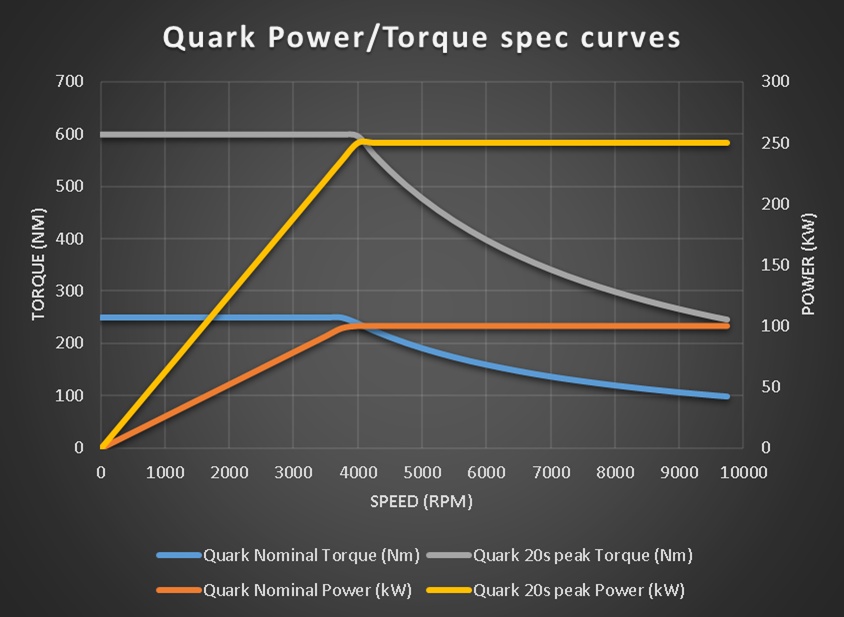 We constructed the shaft within the Quark out of 300M steel used in motorsports and aerospace. Direct cooling was chosen for its higher cooling efficiency and compact design. Even the rotor uses the renown Koenigsegg Aircore hollow carbon fiber technology (presently used in Koenigsegg’s rims, steering wheel, seats, etc).

We not only overcame the challenge of the Gemera’s powertrain requirements but also exceeded goals of making it lighter and smaller than any electric motors in this class.

Without the extra driveline functions for the Gemera, the Quark can drop below 28.5 kg in weight.

Koenigsegg Now Making Carbon Fiber Aero Parts For Teslas
⠀ Go For A Ride In The Koenigsegg Regera, One Of The World’s Craziest PHEVs
By: Andrei Nedelea
++
++
Got a tip for us? Email: tips@insideevs.com