Polestar And Koenigsegg Announce Partnership, But We Don’t Know What It Means 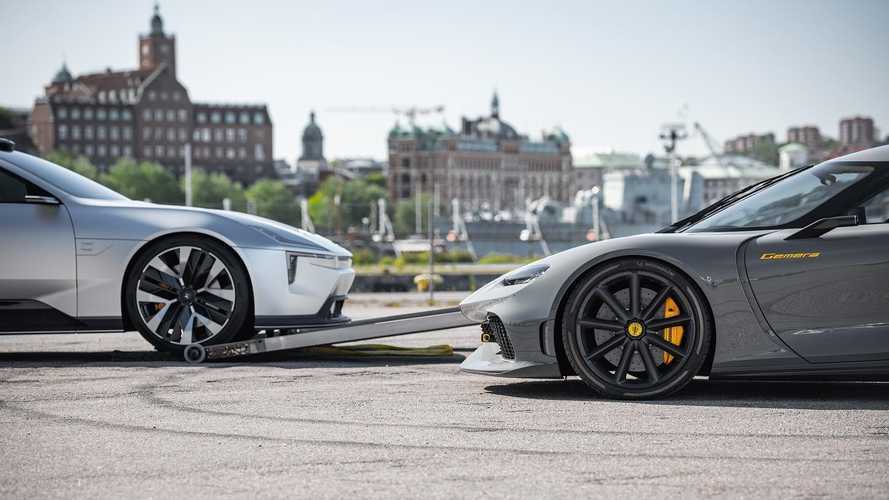 Polestar And Koenigsegg Announce Partnership, But We Don’t Know What It Means product 2020-06-03 13:15:10 https://insideevs.com/news/426729/polestar-koenigsegg-partnership-announcement-social-media/ Koenigsegg Polestar Announcements, Official
Jun 03, 2020 at 9:15am
++Share

All the two automakers did was post brief announcements and photos on social media.

Whenever a manufacturer announces it’s going to team up with Swedish hypercar builder Koenigsegg, it is exciting news. They don’t just make some of the world’s fastest and most advanced cars, but they’ve also embraced electrification for the simple reason that it can be used to enhance cars’ performance.

Today, Koenigsegg and Volvo’s (electrified) performance division, Polestar, announced they will be joining forces. We don’t really know what that entails, though, so it could either be a technology sharing partnership or they are going to work together towards creating actual car.

This Is How The Koenigsegg Gemera Powertrain Works
⠀

In Europe Polestar Partners With Plugsurfing For EV Public Charging

But based on what they announced so far, we have no idea if it’s any of the two above, both or neither. Koenigsegg posted a photo on its official Facebook page showing the front ends of a Gemera and the Polestar Precept concept with the caption

Polestar followed suit, and posted a photo showing the rear ends of the two aforementioned cars, with a caption along the same lines, which stated that

‘ Something interesting is happening on the west coast of Sweden. Stay tuned. ‘

This is all quite exciting news for us because it has a high likelihood of resulting in the creation of exciting, fun to drive electric (or electrified) vehicles. We’ll let you know when we have any additional information about this really exciting partnership.