The year 2021 was pretty challenging for Jaguar, which noted a 15.8% decrease in global car sales to 86,270, including almost a 49% decrease in Q4 to 14,407. The company blames mostly the semiconductor shortages, adding that demand remains strong.

We are the most interested in the Jaguar I-PACE sales results. Unfortunately, the all-electric Jaguar also is in the red.

During the fourth quarter, the company sold 2,558 units (down 67% year-over-year, although a year ago the results were probably inflated by the emission requirements and run to register as many cars as possible). That's almost 18% of Jaguar's total volume.

Cumulatively, more than 50,000 Jaguar I-PACE were sold globally, which is a decent result. On the other hand, the Jaguar I-PACE was expected - during the launch a few years ago - to sell at a much higher volume.

Unfortunately, the manufacturer does not report its total plug-in car sales, despite having plenty of plug-in hybrid models.

Only time will tell whether Jaguar Land Rover will be able to rebound and how its electrification will progress.

As far as 2021 is considered, the company was forced to join Tesla's CO2 pooling in the European Union to avoid fines. It means that the pace of electrification was not high enough. 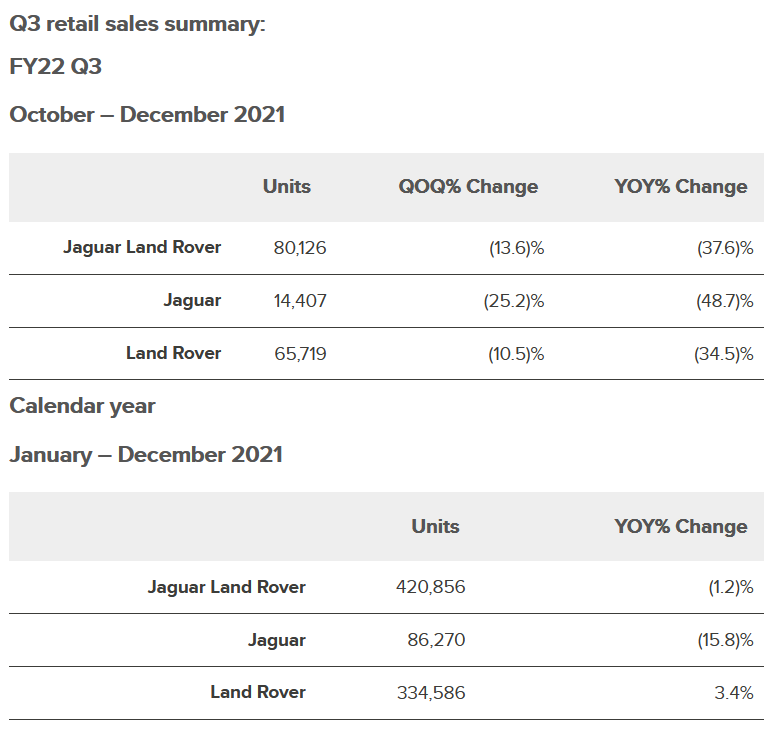