The two plug-in hybrid models can cover up to 62 miles in EV mode thanks to a new 38.2 kWh lithium-ion battery.

The Range Rover has been the pinnacle of luxury SUVs since the first-generation model invented this market segment in 1969. Since then, Land Rover has built only four generations of the flagship SUV, so it goes without saying that every time a new one comes out, it is a pretty special event.

That's all the more true for the unveiling of the all-new Range Rover, as the fifth-generation model promises to be the most technically advanced and refined iteration to date. It’s also the Range Rover that brings the most radical changes in the nameplate’s 52-year history.

Featuring the same unmistakable proportions smoothed out by modern design cues borrowed from the smaller Velar, the 2022 Range Rover no longer offers permanent four-wheel drive. Instead, it uses a new all-wheel-drive system that decouples the front wheels from the transmission at highway speeds for added efficiency.

A four-wheel steering system does come standard on all models to make the massive SUV more maneuverable, while a third row of seats is introduced as an option, in another first for the Range Rover.

While these firsts prove that the new Range Rover wants to keep up with the times, nothing says that more than electrification. Well, the big luxury SUV has got that area covered, too. The new Range Rover rides on the new MLA-Flex body platform designed for ICE, PHEV, and BEV powertrains.

Land Rover says a pure-electric model will join the family in 2024, but until then customers will have two interesting plug-in hybrid powertrains to choose from (besides the usual six- and eight-cylinder gasoline and diesel engines—most of them with mild-hybrid assistance).

Land Rover says that typical customers will be able to complete up to 75 percent of trips using electric power only if they begin each journey with a full charge. Furthermore, with the battery located beneath the vehicle and within the wheelbase, the automaker claims that both luggage space and all-terrain capability are “uncompromised.”

Now, as far as market availability, the P510e will not come to the United States and will be offered exclusively with the standard wheelbase. The Range Rover P440e will arrive stateside, but it won’t be available at launch—its debut is expected in late 2022 for the 2023 model year. 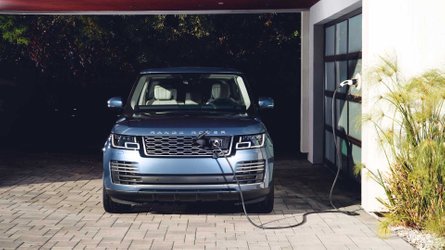 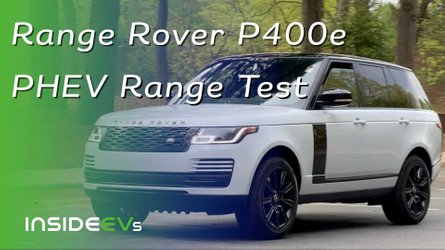 Does Electrification Make The Range Rover P400e The Best 4x4?
By: Dan Mihalascu
++
++
Got a tip for us? Email: tips@insideevs.com