Renault Will Sell Only All-Electric Cars In Europe By 2030

Renault accelerates its transition to an all-electric future in Europe, but the automaker  has a "Plan B" as well.

According to Automotive News Europe, Renault CEO Luca de Meo said at a media event that the French brand will become 100% electric in Europe in 2030.

Previously it was expected that Renault would be at 90%, while the remaining 10% would consist of other types of vehicles.

In case there are issues,preventing full electrification (like the lack of charging infrastructure or high electricity prices), the company will continue to sell cars with an internal combustion engine.

Renault Group's Dacia brand will be gradually electrified as well, but "at the last possible moment," which probably means after 2030. The European Union would like to halt sales of new internal combustion engine cars by 2035.

"Dacia will become electrified "at the last possible moment" in a way that respects the brand's "value for money" selling proposition."

Anyway, the strategic direction is clear. Currently, more and more manufacturers in Europe and also globally are setting similar goals - on one side to communicate their intentions and on the other hand to respond to the government targets/emission requirements.

The next step for Renault in Europe is to launch the all-new, all-electric Renault Megane E-Tech Electric (based on the CMF-EV platform) and the new Renault Kangoo Van E-TECH Electric.

In the pipeline is also the Renault 5, an all-new, retro-inspired small electric car. In total there should be at least 4 new BEVs introduced by 2025. 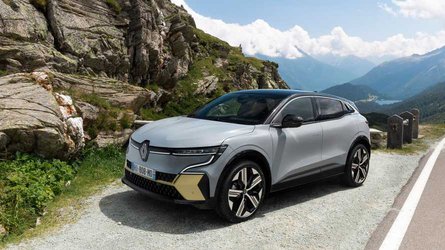 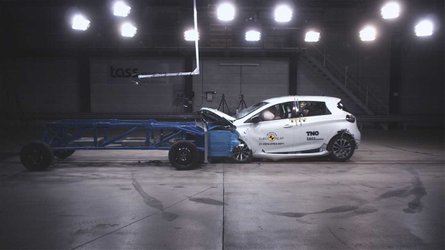 Renault ZOE Gets Devastating 0 Stars From Euro NCAP
By: Mark Kane
++
++
Got a tip for us? Email: tips@insideevs.com