The industry as a whole contracted in 2021, but EVs were in hot demand.

Even though the new car market in the US declined 13.4 percent in 2021, used electric vehicle sales actually went up year-over-year by an impressive 60 percent. Prices of used EVs also went up over the course of last year by over 15 percent and they remain higher on average than prices of used ICE vehicles, although this could just be because most EVs are newer vehicles and usually more expensive to buy.

Recurrent, industry analysts that focuse on EVs, say that it was mainly stronger demand for electric cars that drove up their price, which came courtesy of a constant rise in consumers’ confidence, the reduced supply of vehicle prompted by the global chip shortage, as well as other factors. Scott Case, CEO and co-founder of Recurrent, said

I look back at 2021 as an exciting year for electric vehicles in terms of overall market growth, as well as the all-electric commitments from manufacturers that will continue to spur adoption.

If price comes from the tension between supply and demand, let’s hope the industry can produce more electric cars this year because people certainly want them. 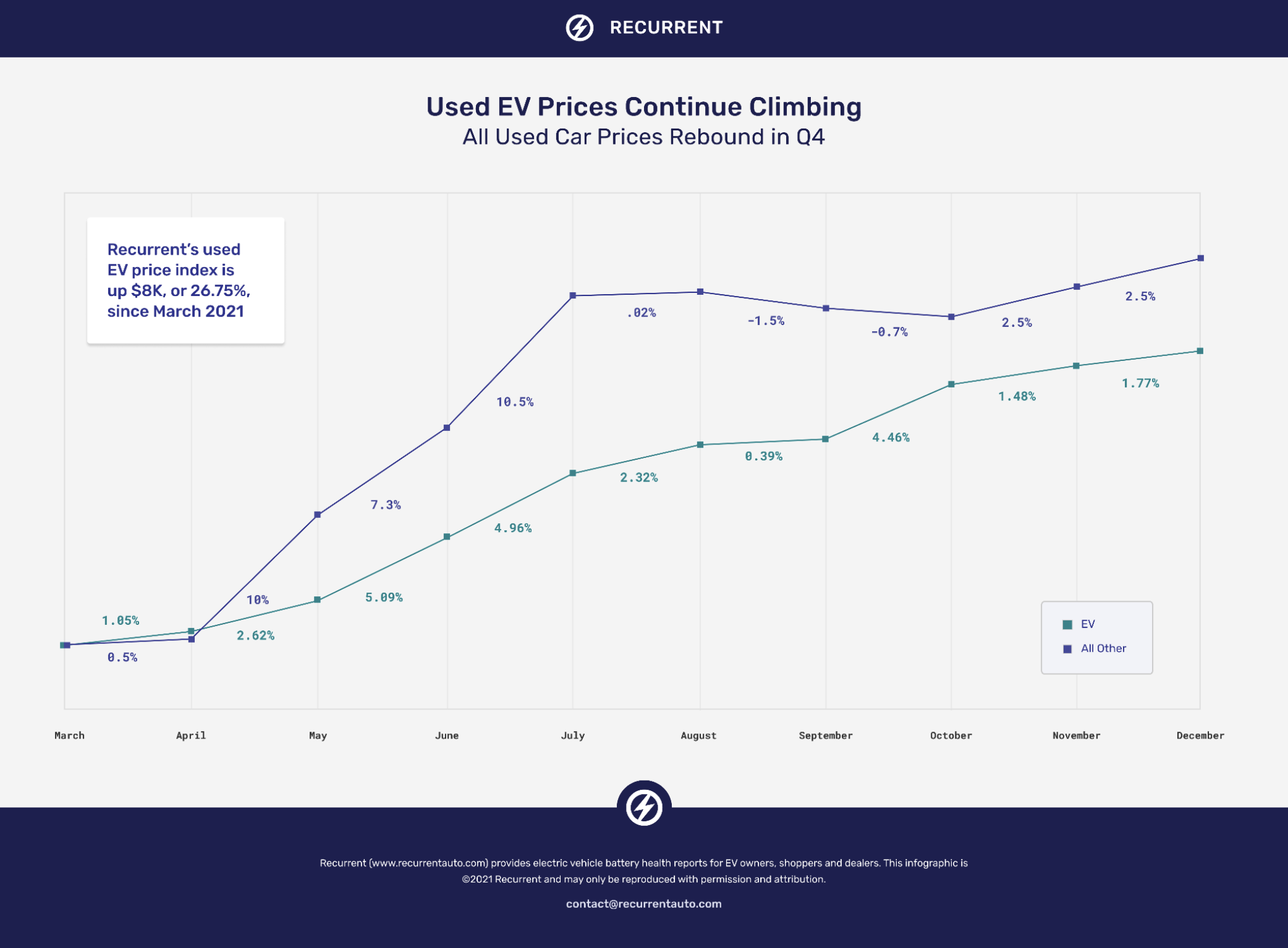 Another important conclusion that was drawn by Recurrent from analyzing EV sales through 2021 was that one third of used electric vehicles could be purchased for less than $25,000 and half for under $30,000. This means they are more accessible than ever to regular car buyers, and their popularity is only going up as prices come down even more.

GM’s recall for the Chevrolet Bolt EV did have a strong negative impact on sales of this model on the used market. Sales were down 74 percent and the source suggests that this could have been because Chevrolet bought as many of them as it could from dealers, in order to keep them off the street; the plant that builds the model is currently idle and production is not expected to restart any sooner than March. 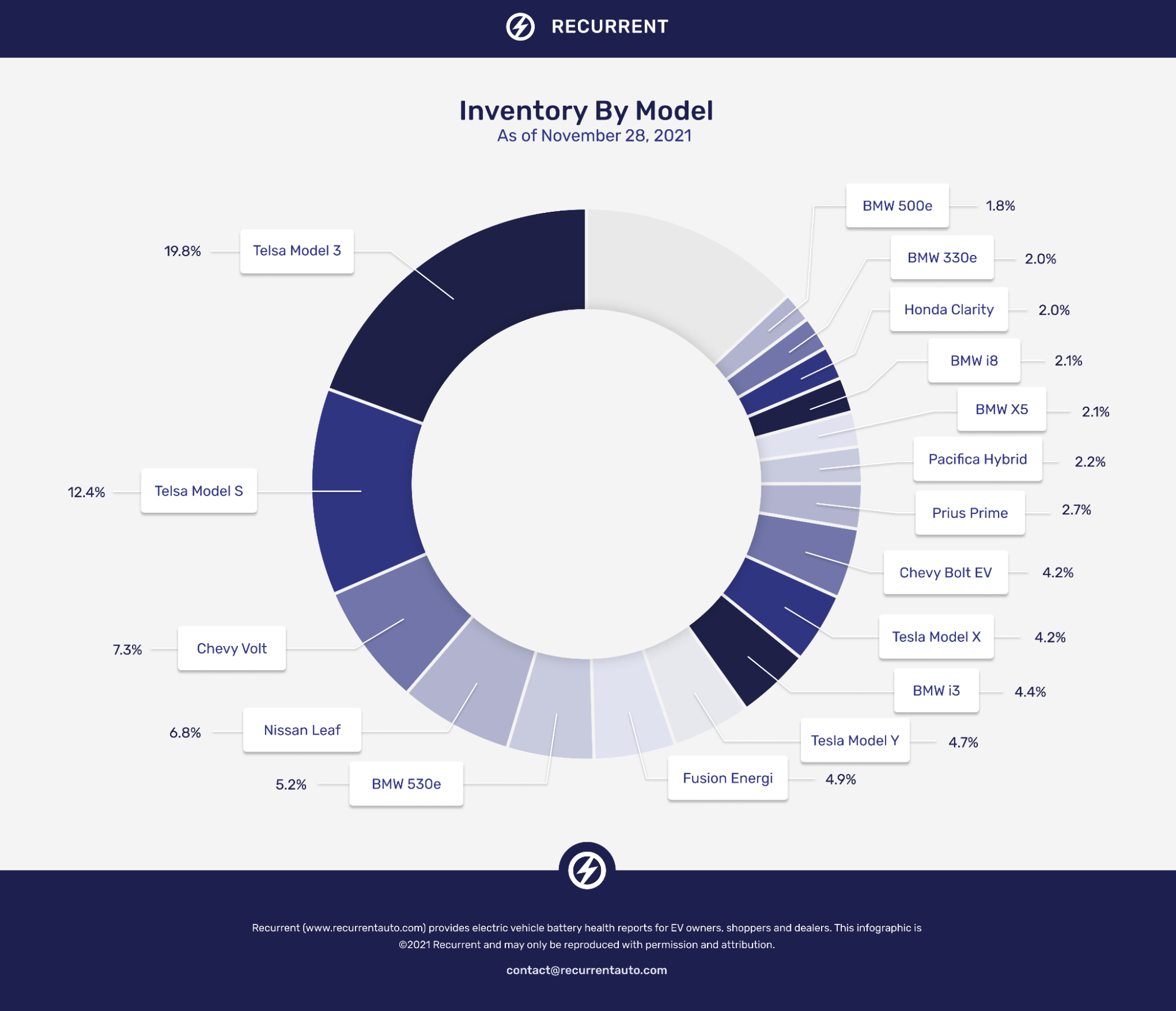