Reportedly, Tesla testing in Europe has exposed upcoming features and improvements for 2022.

According to a recent report published by Electrek, the Tesla Model Y crossover and Model 3 sedan may be getting a host of new updates and features soon. Reportedly, a test program in Europe has brought the potential features to light.

While Tesla doesn't officially refresh or redesign its cars, it's constantly improving them via over-the-air software updates. Moreover, since Tesla doesn't rely on traditional model years, it has even made hardware updates at random times over the years.

Not long after the Model Y came to market, Tesla updated the Model 3 to essentially mirror its new crossover sibling. Shortly thereafter, Tesla also made some notable updates to the Model Y itself.

As the electric automaker launches factories and vehicles in global markets, its cars get new updates, additional features, and even battery packs with new chemistries. Typically, these changes abroad end up making their way to Tesla's vehicles across the globe.

Electrek suggests that Tesla may be planning a 2022 update for the Model 3 and Model Y. The versions of these cars that the company has provided for testing in Europe seem to have features that haven't yet been implemented in current versions of the vehicles.

The information about the potential updates came from a European Tesla forum, as shown below: 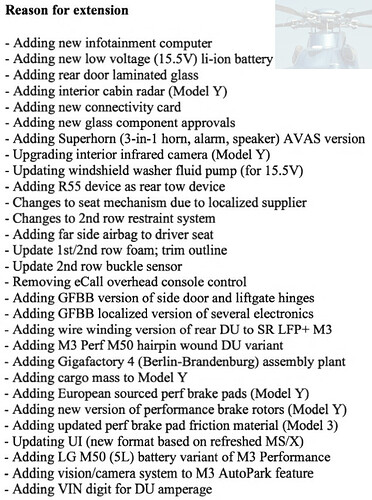 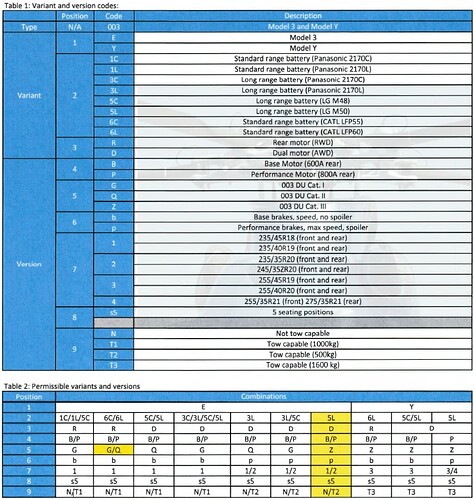 Reports point out that the Model Y and Model 3 cars in question have a 12-volt lithium-ion battery pack, the Model 3 Performance has a new high-performance motor, and, like the Model Y Performance in China, the crossover has the new AMD Ryzen chip.

The 2022 Model 3 is also expected to get the new double-glazed acoustic glass for its rear window. And, finally, Electrek says there's a "Superhorn" feature coming that "combines the horn, alarm, and external speaker."

We'll have to wait and see if and when these features make their way to US-built Model 3 and Model Y vehicles. In the meantime, share your wisdom with us in the comment section below.