Elon Musk Is Selling Tesla Shares, But Buying More Than He Sells

Musk has actually increased his stake in Tesla during this high-profile sale.

According to a recent report by Teslarati, Tesla CEO Elon Musk now owns about 564,000 more Tesla stock shares than he did when he first started selling stock after his infamous Twitter survey. Wait, how is it possible to accumulate stock while selling so much?

Not long ago, Musk asked his Twitter followers if he should sell 10% of his Tesla stock to pay taxes. He said no matter the Twitter poll results he'd abide by them.

Musk was also quick to add the following reply to his own tweet:

Little did most people know, the CEO had already come up with a plan to sell the stock prior to the survey. So, either he was very confident people would encourage him to sell – or at least support that fact that he may have no choice – or he would have had to make changes to the original agreement if respondents asked Musk not to sell.

At any rate, Musk has sold some 10.1 million shares so far, and he may still have around 7 million shares to sell. The total of about 17 million shares would put Musk at the 10% he mentioned, though no one is really sure exactly what Musk meant by 10% since it can be interpreted several ways.

While some folks feared that Musk's stock sale would hurt the company and the stock price itself, Musk has actually been acquiring stock at a massive discount via the exercising of options. Nonetheless, Tesla stock has taken a hit, though it seems the entire stock market has been a bit of a rollercoaster of late.

Teslarati says the CEO can exercise options at just $6.25 per share. While it would be crazy not to take advantage of such a discount, it also means a huge tax bill. In addition, if Musk doesn't take advantage of the options, they'll eventually expire.

The article notes that Musk now owes the feds an additional $5 billion in income taxes related to the purchase of the new shares. The sales of the shares are being used to pay those taxes, at least according to filings, as well as our basic understanding of the situation. 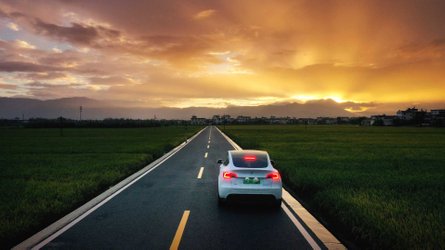 Elon Musk Will Sell 10% Of His Tesla Stock: Poll Results

At InsideEVs, we aren't financial journalists, and we can't say we have a solid grasp of how the intricacies of the market and options work. We encourage Tesla investors and others who may have a more thorough understanding of the situation to start a conversation below.