Poll Shows US Majority Support For Urgent Transition To EVs

Not long ago, it was clear many Americans weren't on board with EVs.

According to a recent poll by nonprofit group Coltura, which was shared by Green Car Reports, a majority of voters in the US are in support of requiring all new cars to be electric vehicles by 2030.

While Tesla has clearly paved the way, especially with its popular Model 3 sedan – and now the Model Y crossover – it seems the shift in opinion may have been more recently fueled by a number of legacy automakers now promoting EVs.

Tesla made electric cars cool and worked to prove that the technology is better than gas-powered cars in nearly every way. However, legacy OEMs have been dragging their feet for years, and even going so far as to push back against EV adoption.

With the new administration in the White House, and a general urgency to become leaders in EV sales, companies like Ford, Volkswagen, Hyundai, Kia, General Motors, and others are now advertising their commitment to the future of electric cars. Moreover, some traditional automakers have already brought a handful of compelling models to market, with many more to come in the near future.

The recent poll suggests that 55 percent of respondents believe phasing out new gas-powered car sales by 2030 is a proper plan that deserves "urgency." Of course, the results in each US state vary, but overall, only 35 percent of people were against the idea.

Breaking down the data shows that the strongest support came from younger voters (18-34), with 71 percent supporting EV sales mandates. In addition, African American and Hispanic voters are strong supporters as well, at an impressive 69 and 67 percent.

California Governor Gavin Newsom has already signed an executive order that would bring an end to new gas-powered car sales in the state by 2035. Not surprisingly, a large percentage of California's citizens support the order. According to Green Car Reports:

"Of Californians polled, 75% said they had a somewhat positive or very positive opinion of EVs, and 66% of those planning to purchase a vehicle within the next five years said they were likely to go electric. That's despite only 41% agreeing that EVs are less expensive to maintain than gasoline cars."

See These Related Stories, Too: 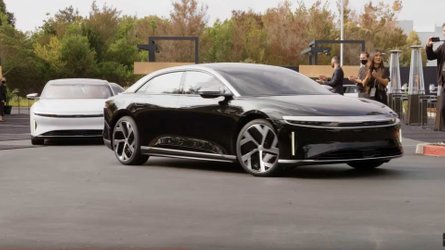 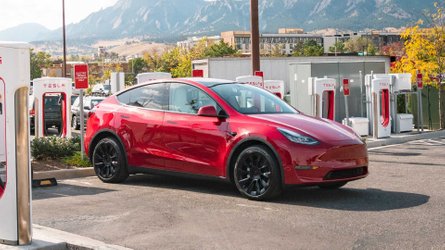 EV Ownership Is On The Rise: Here's The Latest

The automotive industry in the US as a whole is already working toward a goal of having 50 percent of the fleet be zero-emission vehicles by 2030. The Biden Administration's Infrastructure Bill and Build Back Better legislation aim to help the transition. Do you think the government's plans will do enough? Leave us your wisdom in the comment section below.