Nissan has released new details about its long-term electrification strategy called Nissan Ambition 2030. The company aims to launch 23 new electrified models, including 15 new EVs, to achieve a 50% electrification mix by fiscal year 2030 across the Nissan and Infiniti brands.

To accelerate the electrification of its vehicle lineup and rate of technology innovation, the Japanese company has announced investments of 2 trillion yen ($17.6 billion) over the next five years.

By fiscal year 2026, Nissan says it will introduce 20 new EV and e-Power equipped models. To give us a taste of what’s coming, the automaker has unveiled four concept EVs, one of which is described as a “near-future EV,” the Nissan Chill-Out. It is also the only one that exists in physical form, with the other three being renderings for now.

The crossover study is described as a “mobile haven” featuring a sleek and modern design, advanced safety technology, and a productive and comfortable interior space.

It is based on the CMF-EV platform and features the e-4ORCE dual-motor AWD powertrain—both also used by the Nissan Ariya. We already know that the Leaf will be replaced by a crossover, and the Chill-Out is the concept that previews it as it perfectly matches the teaser image released by Nissan about a month ago.

We also learn from Nissan that the Chill-Out delivers “high levels of comfort and an energizing driving experience.”

From a styling standpoint, the Nissan Chill-Out adopts a crossover coupe body with smooth surfaces and configurable front and rear lighting areas (a theme found on all the previewed concepts). The interior is futuristic and hints at fully autonomous capabilities as it features a retractable steering wheel and lounge-like ambiance.

While the Chill-Out study is labeled a “near-future EV,” the automaker is also previewing three other EVs that represent “the next stage of Nissan’s electrified future.”

They are all underpinned by Nissan EV Technology Vision, a tech study of a skateboard-like platform that looks beyond the Ariya and the next-generation crossover EV previewed by the Chill-Out concept.

Called Max-Out, Surf-Out, and Hang-Out, these concepts feature advancements in battery technology, hardware and packaging, with the integration of all solid-state battery (ASSB) technology sitting at the core of their construction.

The future platform will enable the use of front and rear motors, a very low center of gravity, ultra-lightweight construction, and optimal mass distribution. It will also feature Advanced e-4ORCE and Advanced ProPILOT systems.

This sleek-looking two-seater convertible concept aims to deliver “superlative stability and comfort,” dynamic cornering and steering response, and limited body roll, to create “a feeling of oneness with the car.”

The concept car can flatten the seats into the floor to offer more interior space when desired, making it ideal for drivers with and without passengers. The concept is said to be ultra-lightweight, with a very low center of gravity, and it also features the Advanced e-4ORCE dual-motor AWD powertrain. As the above renderings can attest, Nissan paid a great deal of attention to aerodynamics as well.

This study envisions a future electric pickup truck that will provide “a smooth ride regardless of the terrain, enabling customers to go anywhere in comfort and with confidence.”

It is designed with a variety of power outputs in mind, as well as a low and flat cargo space. Its standout features are off-road performance (it’s equipped with the Advanced e-4ORCE system), extended cargo space, and electric power utilization from the vehicle (we assume Nissan is also talking about bidirectional charging here).

From a styling perspective, it features a really short front overhang, cool transparent front end that allows a peek into the cabin, an aerodynamic glass cover for the bed, and a cabin that’s not separated by the cargo area.

As its name suggests, this study is about showing a new way of spending time on the move. Nissan says its spacious and quiet cabin offers the comfort of your living room in a mobile space, expanding creature comforts on the go and off the beaten path.

Standout features include theater-like seating for on-the-go movie nights with family and friends, the low and completely flat floor extending from the front to the back, and design that suppresses vibrations and jolts. The latter is said to reduce instances of motion sickness and interference while working on the go. 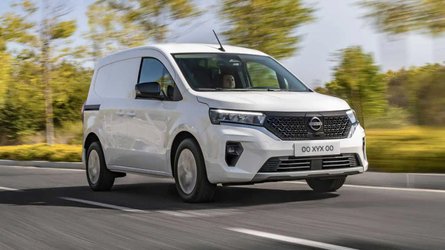 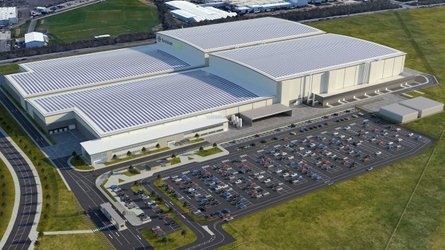