After seeing those charging points, one of Tesla's exec headed to Twitter to say what he really thinks.

The photo of Ford-branded charging points at one of Ford's dealerships in Dover, Delaware (see at PlugShare) has raised some controversy, as its design reminds us of the Tesla Supercharging stalls.

At first sight, one might think that it's a Ford "Supercharger," but it's not. It's not even a charger, as it's an AC Level 2 charging point (usually they have several, up to 19.2 kW power output).

Tesla Superchargers are DC fast chargers, which - depending on version - can deliver up to 250 kW of power.

Some have also noted that it's all about the design, as the Level 2 charging point does not need ventilation, like the DC fast chargers.

"And by fancy you mean disingenuous, unnecessarily large, poorly executed knock-off of our design"

We actually don't know whether it's a one-off project and the role of Ford or its independent dealer, but it's not the first time we've see something like this. In 2019, a Lincoln-branded AC Level 2 charging point was seen at a dealership:

Ford currently is not building its own public charging infrastructure, but rather relies on the general infrastructure. It makes the entire case hilarious rather than a serious attempt to use Tesla's design in its own network.

Only time will tell what type of styling Ford will use in the future, if a large-scale charging infrastructure rollout actually happens.

With the most recent push towards electrification - 600,000 BEVs per year by the end of 2023 - and the goal to become the #2 BEV manufacturer in the U.S. within two years, maybe Ford should also introduce an in-house charging network? 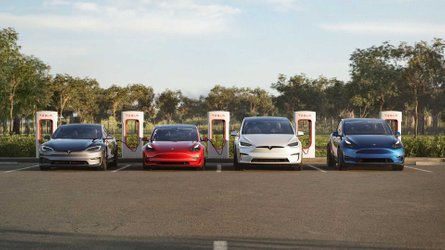 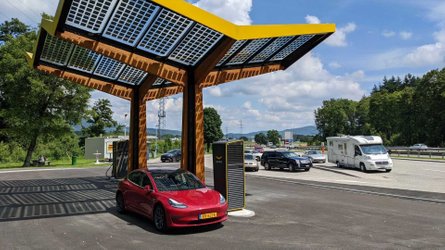