The company was originally established in 2017, as a joint venture between BMW Group, Ford, Mercedes-Benz and Volkswagen Group with Audi and Porsche, later joined by the Hyundai Motor Group with Kia.

"IONITY was founded to play a significant role in shaping the future of mobility. BlackRock is the first company from outside the automotive sector to be a shareholder in this joint venture through its Global Renewable Power platform. The BlackRock Global Renewable Power platform has invsted directly in over 300 projects globally, including onshore wind, offshore wind, and solar photovoltaic projects."

The network currently consists of some 385 stations with more than 1,500 individual ultra-fast chargers (CCS Combo 2 standard only), which is behind the original goal of 400 stations and 2,400 individual chargers by the end of 2020. However, despite the delay, the network continues to expand and is present in 24 countries.

According to the press release, the new target associated with the investment is to more than quadruple the number of chargers to around 7,000 by 2025. It would mean that more than 5,000 chagers will be added over the next four years.

The simple increase of the number of stations and chargers is not the only thing. While the existing sites were only on highways/major routes, the new batch of charging stations will include also sites near major cities and along busy trunk roads.

"The new charging points will be situated not only on motorways, but also near major cities and along busy trunk roads. Future locations will be built with a higher average of six to twelve charging points. Furthermore, existing sites along routes with high charging demand will be upgraded with additional charging points. These measures will enhance the customers' charging experience and make sure that the IONITY network is prepared for the increasing demand for electric vehicle charging." 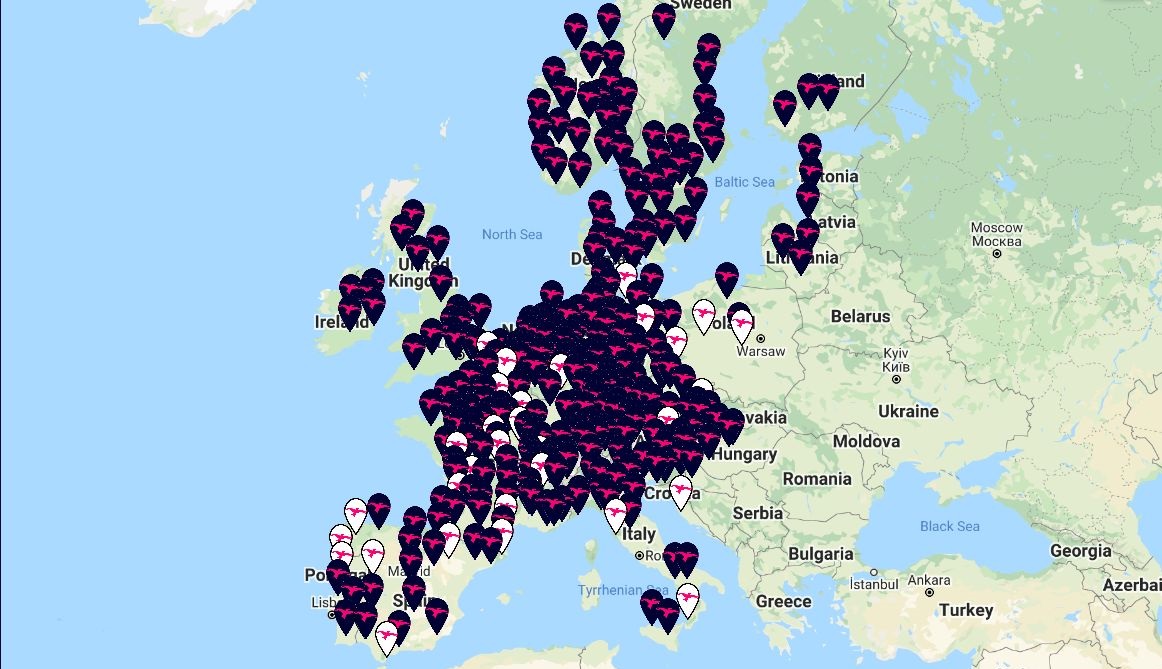 Another change is the station layout, as the company announces the roll out of "an innovative station concept for more comfort and a better charging experience." It appears that the rough input from Volkswagen's Herbert Diess has reached IONITY's ears.

IONITY says that it intends to acquire its own properties, build and operate its own service stations and - as we understand - basically turn its charging sites from a few chargers at a parking lot into a full blown stations.

"As part of the network expansion, we plan to increasingly acquire our own properties and, depending on the location, build and operate our own service stations to offer our customers significantly more convenience in the future. OASIS is the embodiment of our ambitions – to rethink and reinvent the charging experience. This new concept for charging stations is designed around a protected garden environment. Its objective: to recharge drivers while they recharge their cars. And to turn a necessary stop into a welcome break."

Earlier this month, IONITY opened also a new technology test center in Unterschleissheim,
Germany with a more than a 5,000 square meter site just outside Munich. It will allow to carry out validation and interoperability tests between electric vehicles and charging stations, as well as regression and software tests.

"All tests are closely monitored and logged, and the charging processes are recorded in detail by the test equipment. Currently, the IONITY experts are developing use cases and flowcharts for tests on various hardware models. The goal is to offer EV drivers the highest possible reliability at all IONITY locations, regardless of the vehicle manufacturer, and to use market innovations in the IONITY network only after they have successfully passed their own tests."

"With the test centre, IONITY demonstrates its competencies in the field of high-power charging and uses its proximity to the automotive industry for the benefit of its customers. The goal of the test centre is to facilitate the transition to climate-neutral mobility using reliable technology."

"Every company interprets interface standards slightly differently in the process. In our test centre, we can closely examine all steps in the charging process - from authentication and power transfer to the end of charging - and get feedback on any incompatibilities or issues. Thanks to our mobile testing equipment - a truck with a controllable electrical load that can charge at a maximum of 350 kW and simulate corresponding vehicles - real-time charging simulations and validation tests can also be carried out on-site at our customers' premises,".

Info about the network:

IONITY Is First In Europe To Offer Plug & Charge At All Stations
By: Mark Kane
++
++
Got a tip for us? Email: tips@insideevs.com