Trapped In Your Tesla At A Charging Point: How To Escape?

Is an emergency charge port ejector the solution? Here are a few prototypes.

Electric vehicles are equipped with a safety feature that prevent them to select drive/reverse mode and drive away while they are plugged-in for charging.

The topic - raised by Now You Know - is, what happens when there is a necessity to leave, while the car is connected to a charging point? It could be a necessity, as in the example, a dangerous/unknown person at the charging station or even a fire.

In an outstanding video presentation, we can take a look at four early-stage prototypes of emergency charge port ejectors, designed for Tesla's US plug:

The devices' main objective is to eject the plug from the charging inlet if the user remotely stopped charging and unlocked the port (via in-car button or Tesla's app).

The prototypes have different principles of operation and installation, but all demonstrate a successful plug ejection.

The first two spring-loaded devices appear to have a drawback, as they might potentially damage the charging inlet.

The third device, with a Cybertruck-inspired design, does not put the strain on the inlet and it has a fob for remote control.

The fourth device - motorized - is really interesting, as it appears to be installed seamlessly and it might be attached to the charging port's door hinge so the user would not lose it while leaving in an emergency situation.

Overall, it's a very interesting test of proof-of-concept "escape systems." Who knows, maybe some of them will make it to the production or some OEMs will decide to prepare a factory solution. 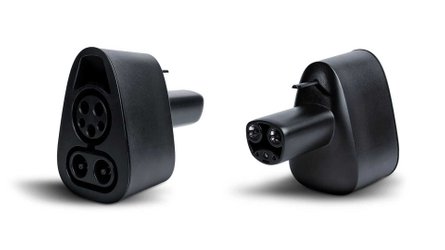 Report: Tesla CCS1 Adapter From South Korea Does Not Work In US
⠀ 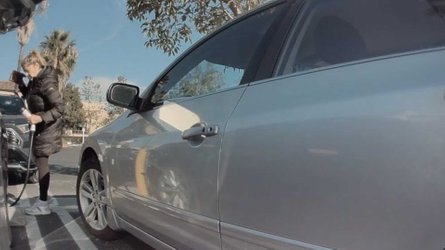 Watch Toyota Driver Fail In Unbelievably Weird Tesla Unplugging Event
By: Mark Kane
++
Got a tip for us? Email: tips@insideevs.com