Rivian offers much more than just t-shirts and coffee mugs, and its shop supports its sustainability mission.

Rivian officially launched its 'Gear Shop' to coincide with its IPO. While the Rivian Gear Shop has some of the usual fair, it's also a reminder of exactly what the brand has been touting all along: Adventure Vehicles, the great outdoors, and arguably most important, sustainability.

Rivian took a very long time to come to market. The company started more than 10 years ago, and since then, it has changed names, locations, and even major plans. The initial plan wasn't for Rivian to build electric trucks, and you'd better bet the leaders at the automaker likely had no idea the company would eventually launch the first all-electric pickup truck in the US.

Over the years, some became skeptical as Rivian was "taking its time" or "never going to make it to market." This has been the talk for years when it comes to disruptors, and especially startup automakers trying to succeed against legacy OEMs, not to mention electric automakers trying to go to bat against Big Oil.

While Rivian was taking its time, it seems it put a ton of emphasis on doing things right, leaving no stone unturned, and launching not only vehicles, but also its IPO is a successful manner.

Key aspect of Rivian's Adventure Vehicle concept are revealed in the company's branding, partnerships with national parks, and, in this case, it's Gear Shop and the unique products and add-ons the company has for sale.

As you visit the Gear Shop, you'll find coffee mugs, t-shirts, hats, and hoodies, but that's not all. Rivian has included its exclusive camp kitchen, a kitchen set, and the gear tunnel shuttle. In addition, the shop has tents that are designed to accompany the R1T, a field kit, and off-road recovery kit, the Rivian Wall Charger, and much more.

Check Out These Rivian Stories: 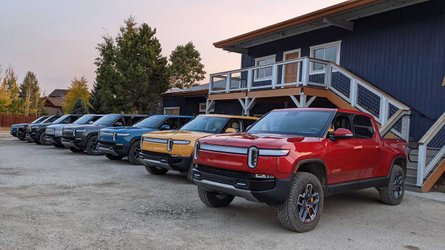 Rivian Raises $11.9 Billion In Biggest IPO Of The Year
⠀ 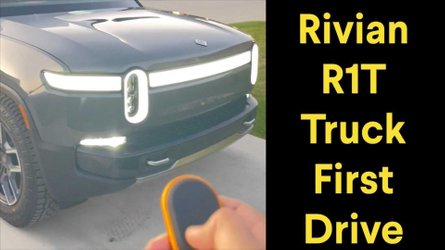 Follow the Rivian link below to visit the Gear Shop. Once you've had a chance to look at the products and pricing, let us know what you think. Is there something you'd buy?