This Hagerty video isn't just about a race, but rather a story, a review, a track battle, and so much more.

This certainly isn't your typical Tesla Model S Plaid drag race video. In fact, the video doesn't really even focus much on the Plaid, but that doesn't mean it's not worth sharing. While the Plaid joins these two gas-powered cars to see which is the quickest in a straight line, it's only because Hagerty stands to prove why the future will be electric, not only in general but, more specifically, for Cadillac and future Blackwings.

As stated, the video does begin with an epic drag race, and you may be surprised by the results, though it's key to keep watching. Hagerty bills this content as a full review, a track battle, and a drag race of the Cadillac CT5-V Blackwing versus the Tesla's flagship sedan – which is the quickest production car ever built – and BMW's M5 CS. The Plaid is just along for the ride.

It's also important to note that Hagerty says the Blackwing is the fastest and most powerful Cadillac ever produced, though that's bound to change in the future.

"In this episode, Jason reviews the CT5-V Blackwing along with the CT4-V Blackwing and the BMW M5 CS, and brings along a TMS Plaid to show why future Blackwings will be electric.

This is one of those videos that must be watched to be understood. Words simply can't do it justice. The editing, dialogue, and even the comedy are arguably unmatched, and we promise it's worth 20 minutes of your valuable time.

For those who like to skip around, Hagerty provided the following topics and timestamps. As you can clearly see, this video is packed with much more than a silly drag race. Heck, it features a Cadillac Escalade, Randy Pobst, and ... um, saxophones: 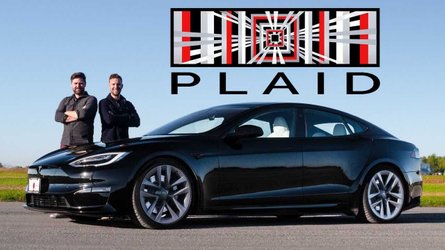 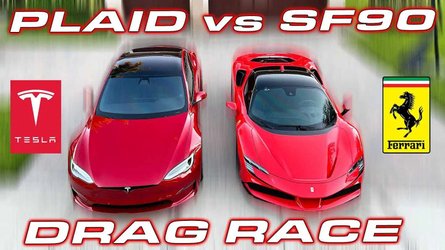