We’re back for another installment of EV Morning! You know what to do…grab yourself a cup of something hot and settle in for the news. We’ve a trillion reasons for you to tune in…so stick around for the details!

It’s been a busy few days over at Elon’s place. Let’s jump straight into the incredible news that Tesla’s stock valuation has just reached $1 trillion. Yes, trillion….not billion…trillion! That’s a lot of zeros there! It comes on the back of a 12% surge in share value. They join a very short list of only 6 companies that are now worth upwards of $1 trillion.

But why did that surge happen? Let’s have a look. The sales team over at Tesla picked up the phone to Hertz for a quick chat.

‘Sure, yeah, no prob. What’s the discount on the bulk buy?’

Ha! I jest…I’m sure that’s not exactly how it went! But it is indeed a huge order and represents Tesla’s biggest ever. The deal is worth $4.3 billion, and goes a long way to giving confidence to investors.

It also paves the way for orders in a similar vein. Hertz get the added benefit of the association with a brand that so readily piques the public’s imagination. And other car rental companies will want to get in on the action. The shift to EVs in becoming apparent, and other companies will want a comprehensive EV offering to keep up with shifting public demand.

We love a good news story, and we love to see EVs hitting the roads in place of combustion engines. The rise of EVs in Europe continues. Overall car sales are way down, dropping just below 1 million registrations year on year.

The share of plug-in vehicles hit 23% of that market in September. They’re huge numbers, as last year it was only 12% and a measly 5% the year before that. Air quality monitors around Europe will be happy, as the decline of diesel sales continues rapidly. Couple that with the ULEZ expansion in London that is likely to be mimicked in other towns and cities, and we have good news for the air we breathe!

The star of the show in September was the Tesla Model 3 with 24,500 registrations and about 2.5% of the overall market. Now, Tesla tends to ship its cars in bulk which distorts the weighting of those numbers to favour individual months…but it’s still great to see!

We came across a survey from Peugeot that had some pretty interesting numbers. It involved a series of questions that threw up some surprising data.
Respondents to the survey showed that the tide is indeed turning on public perception of EVs. For example, nearly a quarter of parents said that their children had requested they change from a combustion car to an electric one.
Another surprise was that 40% of parents said that they would like for their children to learn how to drive in an EV when the time came!

Here’s a story that has been bubbling away quietly in the background for some time…but with details emerging very recently we thought we’d take a closer look. Foxconn, the Taiwanese company, introduced their first EV concepts under the Foxtron brand recently…a very interesting joint venture between Taiwan’s largest carmaker and the world’s biggest iPhone manufacturer.
The company reportedly also aims to produce vehicles in Latin America, India and in Europe. Having deals negotiated with Stellantis and Fisker already, they don’t appear to be hanging around. Crucially they have also been busy making acquisitions. They have purchased a facility from Lordstown Motors in the US as well as a chip plant in Taiwan. Considering the global shortage of chips, it looks like they’re taking steps to secure their supply chain for when the time comes to start production.

Let’s wrap it up now…there’s just too much to go through! What caught your attention today? Let us know in the comments!

Do you feel that Tesla is now overpriced, or are we only scratching the surface of their real valuation?

And what about Foxconn’s EVs?  Are they in a good position to take advantage of their stakeholders’ expertise and produce a great EV?

Be sure to like and subcribe to this YouTube channel to stay up to date with our latest video releases. 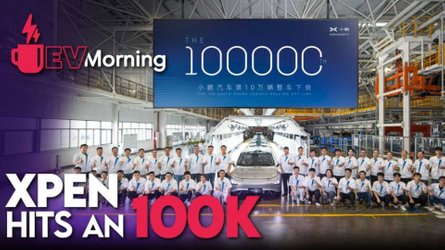 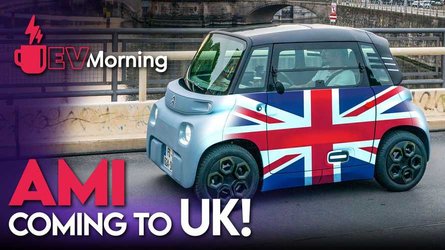 EV Morning News: Volvo, Citroen, Gas Shortages And More
By: InsideEVs Editorial Team
++
Got a tip for us? Email: tips@insideevs.com