Customer deliveries in Japan will start on December 16.

Mitsubishi is launching in Japan the all-new, fully redesigned plug-in hybrid Outlander PHEV, which was first introduced in 2013 and so far sold around 290,000 copies globally.

The new Mitsubishi Outlander PHEV will be equipped with a 20 kWh battery (compared to 12 kWh initially, later upgraded to 13.8 kWh), which is expected to give it up to 87 km (54 miles) of WLTC all-electric range. The gas tank is also slightly bigger to increase the total range in hybrid mode.

Considering that the currently available version has an EPA range of 24 miles in electric mode, the new one should be able to achieve about 35 miles. Not only that, the switch to a bigger battery will increase the eligible federal tax credit from $6,587 to the full $7,500.

The new Mitsubishi Outlander PHEV is available in a 7-seat configuration (previously only 5-seat) just like the conventional versions, thanks to the integration of the rear drive unit.

"Unifying the rear motor with the control unit also secured enough floor space to install a third row of seats, enabling a seven-passenger seating layout. Installing the control unit on the outside of the passenger compartment has also helped to shut out high-frequency noise for superior quietness."

The SUV is equipped with a dual-motor all-wheel-drive system with an evolved version of Super-All Wheel Control (S-AWC) system to further enhance the driving experience.

S-AWC is Mitsubishi's all-wheel control technology that offers integrated control of Active Stability Control (ASC), Anti-lock Braking System (ABS) and Active Yaw Control (AYC), which controls the left and right wheels via braking both in the front and rear (previously only in the front).

According to the press release, the power output of the drive units and battery has been increased by about 40%, which will allow to maintain the all-electric mode even under hard acceleration. Another positive change is the new one-pedal driving mode.

"To further enhance its appeal as an EV, MMC has completely updated the Outlander's PHEV components, extended its EV driving range and enhanced the exhilarating acceleration unique to EVs. With an increase of around 40 percent in the output of the front and rear motors and drive battery, the new model can keep driving in EV mode and avoid starting the engine as much as possible even when pressing hard on the accelerator, delivering the smooth, powerful and satisfying motor-based driving of high-output twin-motor 4WD."

"Newly added innovative pedal operation mode makes it possible to both accelerate and decelerate just by controlling the accelerator pedal. The accelerator pedal alone can exert proper braking force with no need to switch to the brake pedal when decelerating6, so drivers can concentrate on steering and have more peace of mind in slippery surfaces such as snowy roads, as well as reducing the fatigue caused by switching pedals." 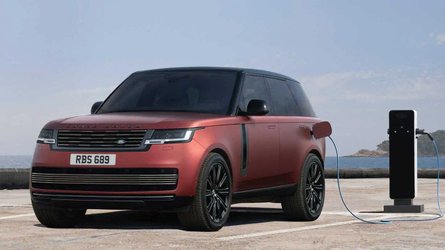 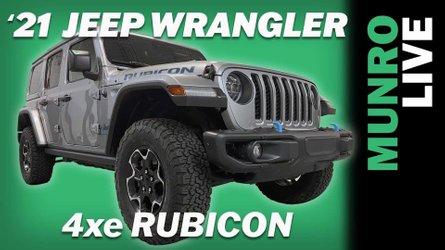