Mercedes EQC Coming To US After All, Albeit In 2025

The second generation of the EQC battery-powered compact crossover will arrive in the USA alongside an electric C-Class.

The Mercedes-Benz EQC electric compact crossover will arrive in the United States after all, albeit in next-generation guise. The launch will happen by mid-decade, when it will be joined by a battery-powered C-Class sedan, the automaker told dealers this month according to Automotive News.

Initially, the current iteration of the EQC was supposed to spearhead the launch of the Mercedes EQ sub-brand in the US in early 2020. However, after delaying the launch by a year, the automaker canceled plans to bring the EQC stateside.

In May 2021, Mercedes-Benz USA CEO Dimitris Psillakis told Automotive News that the current EQC (pictured in the gallery) was not the right model to launch the EQ sub-brand with in the US.

"When you launch a new brand, you have to have the right products. We cannot come to the market with half-cooked plans. Clearly, we were not ready to launch the EQ brand [during COVID]. We made the decision to delay the launch of the brand to prepare ourselves and the network with the right product.”

Meanwhile, Mercedes-Benz has launched the EQS electric flagship in the US, but dealers are waiting for a GLC-sized electric crossover because that’s where the big money is. The gas-powered Mercedes-Benz GLC was the brand’s second best-selling model in the US in the first nine months of the year.

Mercedes US dealers’ wishes will be granted, albeit in 2025, when the second-generation EQC will arrive as part of a fleet of electric vehicles Mercedes is launching in the US as it shifts toward an all-electric lineup.

The upcoming EQC will be joined by an all-electric C-Class sedan, with both models to be built on the Mercedes Modular Architecture electric platform.

Unlike the current EQC, which utilizes an adapted ICE platform, the dedicated EV architecture of the next-generation model will enable a longer range, faster charging, and a more efficient drivetrain. On top of that, the platform’s skateboard design will also contribute to more passenger and cargo space inside. 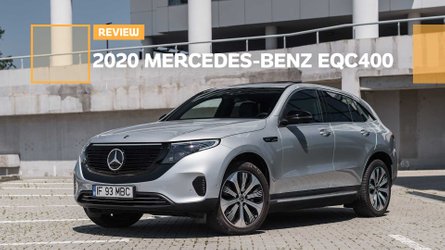 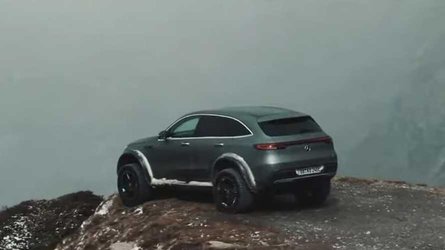 Mercedes-Benz EQC 4×4²: The Story Behind The Insane Off-Road Beast