As Rivian is getting ready to deliver the first 300 electric vans to Amazon before the end of the year, new details about the battery-powered commercial vehicle have emerged in a VIN document filed with the NHTSA.

We also learn from this VIN decoder that the Rivian 500 Van will be available in left- and right-hand drive configurations, which means it could be available in countries like the United Kingdom, Australia, India and other RHD markets.

While not mentioned in this document, Rivian is expected to launch a 900 cubic foot (25.5 cubic meters) version at some point, and it’s reasonable to assume it will be called the 900 Van.

Other important details we can pick out from this are the drivetrain options for the van. Rivian lists single-motor FWD, dual-motor FWD, and 2x single-motor AWD variants.

Interestingly, the document mentions van trims like S for Service and Z for Amazon, with the former possibly indicating that a version of the van will eventually become available for regular customers and not just the e-commerce giant. Should that be the case, the S model will likely feature a different design than the Z model.

You can check out the VIN decoder below, but note that the vans and the R1T pickup share the same sheet on the right, so not all the information is for the commercial vehicle. To see specific data for the vans, compare the right sheet with the R1T’s separate VIN sheet on the left. 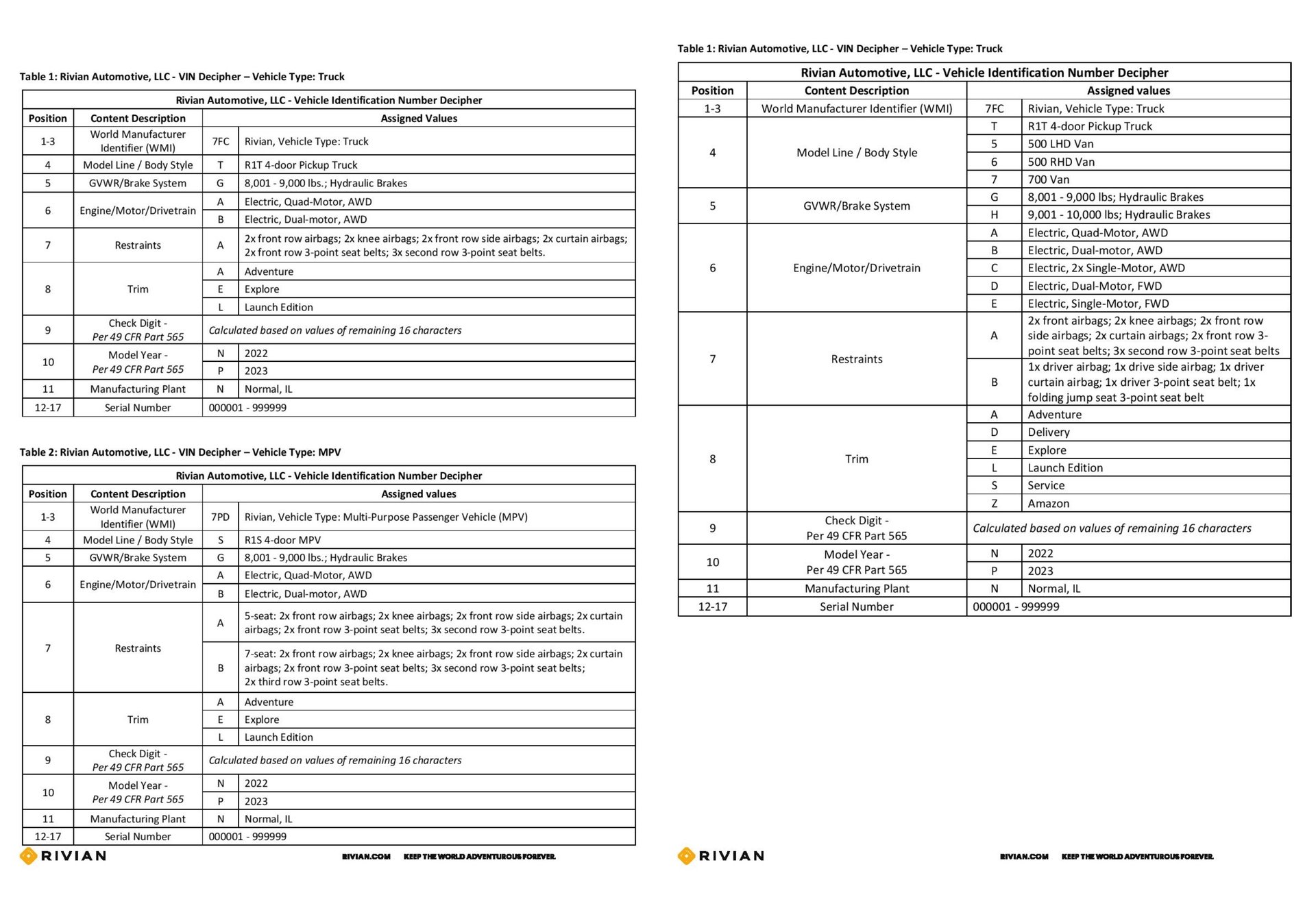