Model X deliveries have only begun in the Bay Area, but they will expand to all North America locations in the following weeks.

Tesla started deliveries of the new Model X last weekend, but many reservation holders have no idea when the refreshed EV will arrive on their driveways.

That’s despite the fact that some of them placed orders for the Model X almost a year ago before Tesla even announced the refreshed version, also known as Palladium.

The backlog of orders is so big that Tesla pushed deliveries for new orders placed now to September 2022. However, the EV maker expects to give delivery windows to Model X buyers soon, according to Tesla communications to employees obtained by Electrek.

“We will continue to update Tesla Account so they can follow along with their vehicle delivery timeline. At this time, all Model X Palladium customers are currently seeing either no timing, or Q1 or later in their Tesla Account. Early-to-mid Q4 2021, we expect to update timing in customer accounts to be more specific (i.e. date ranges such as ‘January XX to January XX’ instead of showing only ‘January’).”

In another communication, the automaker says that Model X customers should start to see their delivery windows in November. This will bring much-needed clarity to buyers who have been mostly left in the dark for almost a year.

Regarding the first deliveries, Tesla says that they are now only happening in the Bay Area, though they should expand soon.

“First deliveries of Model X Long Range have begun in the Bay Area and will expand to all North America locations in the following weeks.”

Another interesting tidbit of information is that Tesla will only produce the six-seat configuration of the Model X for the “first few months.” Obviously, that means customers who opted for five- and seven-seat models will have to wait.

If they don’t want to, Tesla says they can ask to modify their orders to a six-seat and can use the original pricing at the time of order with “director approval.” Still, that will not guarantee a faster delivery time.

Finally, Tesla notes that Model X software is not completed and vehicles delivered early might be missing some features that are currently available to non-Palladium Model X. 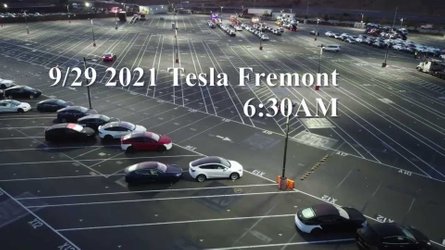 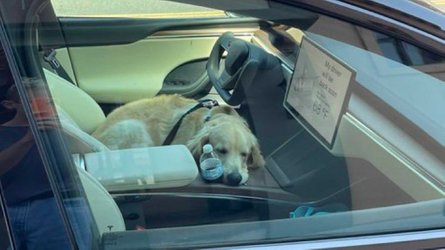