US: Mitsubishi Outlander PHEV Sales Up In Q3 2021

The company sold more than 1,000 units, which is one of the best results recently.

The plug-in hybrid Mitsubishi Outlander PHEV noted a relatively positive result of 1,008 units (up 6% year-over-year), which is 4.2% of the total volume. That's better than expected considering the growing competition in the PHEV segment.

So far this year, Mitsubishi sold 1,647 Outlander PHEV, while the cumulative number is 10,686.

In the near future, Mitsubishi will introduce an all-new plug-in hybrid Outlander with improved motor output for more powerful road performance and increased battery capacity for greater all-electric range. It will also be a three-row version compared to today's two-row Outlander PHEV.

Until then, the Mitsubishi Outlander PHEV has to compete with multiple other mainstream PHEVs: 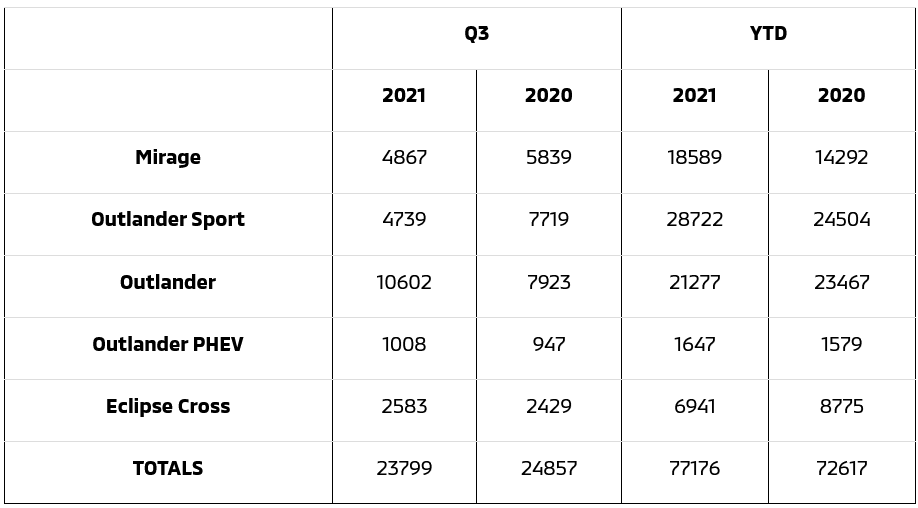