More than two-thirds of ID.4 customers are switching from other brands, according to Volkswagen.

In the case of the all-electric Volkswagen ID.4, sales improved slightly from 5,756 in Q2 to 6,049 in Q3, which probably will further increase over the next quarters. The ID.4 share out of the total Volkswagen sales was 7.6%.

The company notes that its data indicates that more than two-thirds of ID.4 customers are switching from other brands.

The Volkswagen ID.4 was initially available only as a rear-wheel drive model, but now the offer includes also an all-wheel drive version. 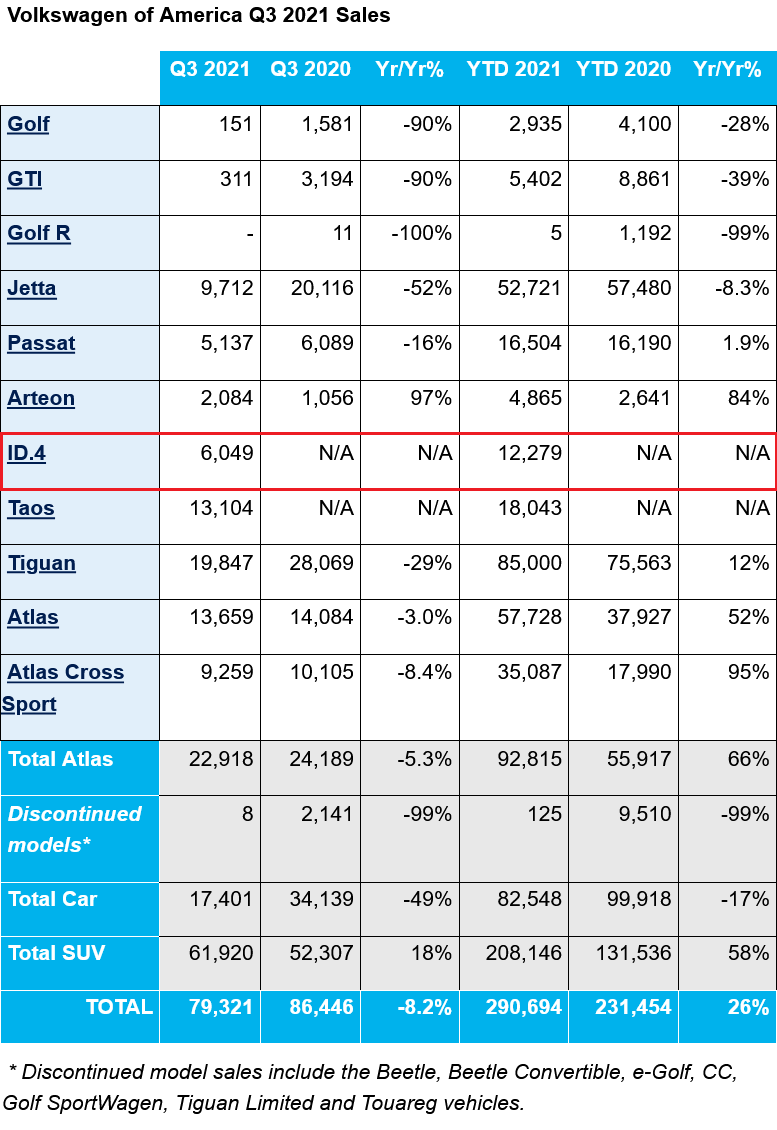 In the future, Volkswagen intends to produce the ID.4 locally in the U.S. and probably will expand the lineup with multiple MEB-based models.

Recently, Audi introduced in the U.S. its ID.4-cousin - the Audi Q4 e-tron (see details here), which is slightly more expensive than the Volkswagen. It will be interesting to see and compare the sales numbers of those two.

Cupra Born Enters Production In Zwickau, Germany
By: Mark Kane
++
Got a tip for us? Email: tips@insideevs.com