The Toyota RAV4 Prime notes over 10,000 units sold in the quarter.

With such an increase, it's clear that once Toyota will start to add more plug-in hybrid and all-electric models/versions to its lineup, it will become a big player in the plug-in segment.

In the case of the new Toyota RAV4 Prime, the only way is up, as it appears that the manufacturer is production constrained.

The plug-in hybrid RAV4 Prime already is at almost 20,000 YTD, while the conventional hybrid version noted 82,591 YTD. The total RAV4 volume is 313,447, so the PHEV still has plenty of room to expand.

The aging Toyota Prius Prime (the 2nd model evolution after the original Prius PHEV) noted 3,545 units in Q3, which is down year-over-year, but so far this year the volume has doubled compared to the challenging 2020.

The Toyota Mirai is not a plug-in model, but a hydrogen fuel cell car (technically it is nothing more than a series-hybrid with a zero-emission on-board power source).

Its sales significantly increased this year compared to 2020, but remain relatively low. 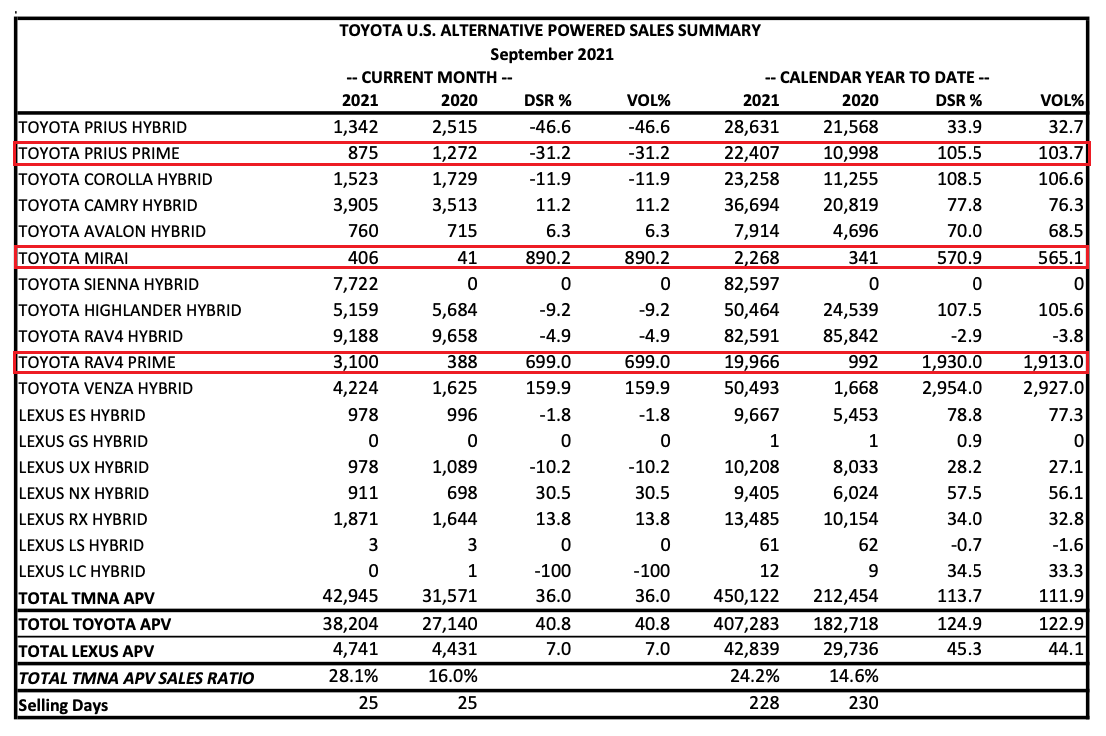 Toyota bZ4X Battery To Retain 90% Capacity After 10 Years
By: Mark Kane
++
++
Got a tip for us? Email: tips@insideevs.com