Tesla Model 3 rival from Hyundai spotted still under heavy camouflage, although we can see the shape of its body and many details.

Hyundai reportedly took the Ioniq 6 back to the drawing board for some last minute design changes. We therefore don’t know if the final production interpretation of the model will look like this prototype or if it will even more closely resemble the stunning Prophecy concept that previewed it.

The vehicle our spies previously snapped while testing and now is featured in this video by the CarSpyMedia YouTube channel. We can already notice that some of the Prophecy concept’s design features have trickled down to production, such as the very pronounced taper of the rear end, the relatively low front end, the shape of the greenhouse and the style of the light clusters.

The design of the wheels also resembles that of the concept, although they are more toned down - they still have the propeller-like design, though, and a very flat surface to give them better aero characteristics. And while previous prototypes were spotted with cameras instead of regular side mirrors, these newer prototypes featured the latter.

We also believe a possibly adjustable-angle rear spoiler is hiding under the camouflaged deck lid, similar to what the concept had - it’s clearly not as high as the camo makes it appear (you can see this by the low position of the rear light clusters) and it may be as high as it is to allow for the spoiler to move underneath.

Hyundai is building the Ioniq 6 on it E-GMP dedicated electric vehicle platform and thus it will surely share many components with the Ioniq 5. However, the largest available battery will be bigger than the Ioniq 5’s 72.6 kWh pack and it could be closer to 100 kWh (with around 300 miles of range), according to some rumors.

It will be more expensive than the Ioniq 5 too, probably by around $10,000, although this is just a very rough estimate at this point. Ioniq 6 is expected to debut in 2022 and Hyundai has not yet confirmed its sale in North America, although it’s pretty much a given since it would be a direct challenger to the very successful Tesla Model 3. 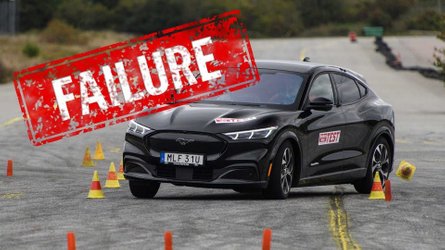 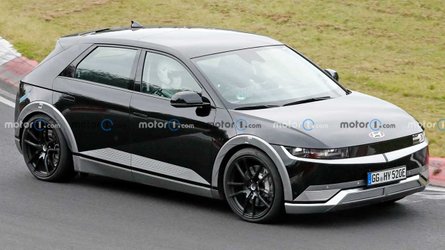