With the striking MG Maze, SAIC Design says it tried to convey the "'at home' gaming scenario" in the form of a car.

British automaker MG is embracing the electric future with open arms, already offering two EVs in the UK and Europe (the MG5 and ZS) and a plug-in hybrid (HS).

More all-electric models are in the pipeline from the SAIC Motor-owned brand, including the Marvel R flagship SUV arriving this fall across continental Europe. However, this futuristic MG Maze digital concept car probably won’t; not very soon, anyway.

Created by SAIC Design, a London-based creative hub tasked with exploring new and innovative design proposals for the MG and Roewe brands, the Maze study “aims to open the concept of mobility experience to a new generation.”

Born from these difficult times in which “we have been restricted, confined and bound,” trying to escape reality in the digital realm, the MG Maze takes inspiration from gaming and reimagines mobile games for the 21st century.

SAIC Design says the concept car captures the “at home” gaming scenario and conveys that in the form of a car. The layout, details, materials and colors are “all driven by this idea to help connect and build a community around a mobility activity.”

Celebrating the real and digital worlds, the bold design study intends to bring back driving fun to electrified cars instead of simply exploring the journey from A to B. At the heart of the MG Maze is a familiar layout for gamers: a couch/sofa, a controller and a screen.

The exterior has pure, emotional surfacing and is also inspired by gaming, particularly by high tech computers with exposed components. The full polycarbonate shell acts as a window both into the car and for the occupants to see their playground.

Other striking details including the open cockpit layout offering a full panoramic view of the surroundings, a front opening canopy, zero gravity seat design with a transparent shell and high-tech fabric cushioning, and a sophisticated User Interface covering the whole front of the car.

The chassis is visible at the rear, where it houses the motors and interchangeable battery in a “plug and play” style configuration. Components such as the GPU, CPU and even cooling are also visible. 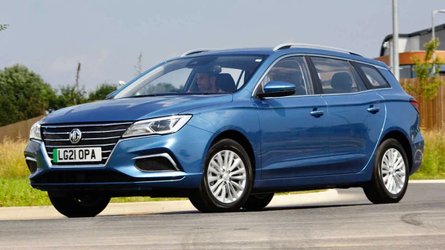 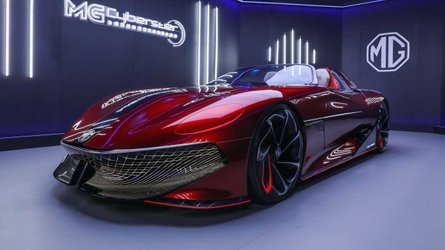