We Spotted The Hummer EV, And Its Acceleration Blew Us Away

We've now seen the Hummer EV out testing around Detroit, and it's certainly the real deal.

Living near the Motor City definitely has its perks. We've seen the GMC Hummer EV out testing now on numerous occasions. However, we were never fortunate enough to get a photo or video. Last evening, we were able to snap several pictures, though our chances of getting a video disappeared as the all-electric behemoth rocketed ahead with ease.

My family and I were driving out to DTE Energy Music Theater last night for a long-awaited Dave Matthews concert that had been rescheduled during the COVID-19 pandemic. It appeared it may be rescheduled again as 70 mph winds set in, heavy rain caused floods, and power outages ravaged Metro Detroit. Fortunately, the concert went on as planned, though it started a bit late.

Needless to say, the drive to the venue was rather treacherous. However, due to heavy traffic and an accident, things weren't really moving. I spotted a Hummer EV just ahead and quickly asked my family to get out their phones and get pictures and video. Despite the heavy rain, the driver appeared to be dry, and the high winds weren't fanning any battery pack flames.

All EV dad-jokes aside, the traffic was beginning to clear ahead, so I knew we didn't have much time to get some decent pictures. Of course, the wife and kids took their good old time, but they were able to snap the following images before the electric pickup truck blew us all away with its incredible acceleration. If there was still any question whether GMC has fully functional Hummer EV prototypes, it appears we have the answer.

Remember when the Hummer EV was just a combination of really cool CGI footage, along with a partially working prototype? Well, that's clearly not the case today. Every time we've seen the electric truck out in the wild near Detroit, the driver has made use of its crazy acceleration. While we can't tell you how much power these EVs had, or how quickly they accelerated, we can say it was otherworldly to see a pickup truck take off like a drag racer.

As the Hummer EV took off, we accelerated, too, in hopes we could safely catch up and get more pictures and video. However, we'd be lying if we didn't say that we hit 75 mph pretty quickly, and the Hummer was completely out of sight. My wife caught a glimpse of it far ahead as it rose up a hill, and it was just a mere speck in the distance. 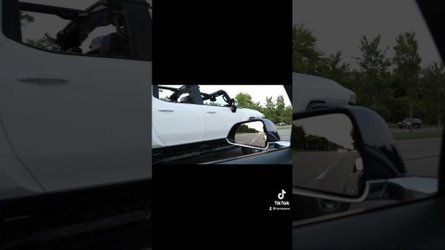 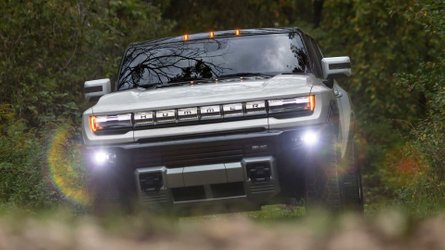 In a brief conversation with our own Kyle Conner, he said, " At least GM knows how owners will be driving these." We can only hope GM's test drivers are keeping things safe, and that future Hummer EV owners will also proceed with caution.