Can't Afford Tesla Plaid? Can You Build It By Swapping Parts?

Will a 2021 refreshed Model S center console fit and work in an older Model S?

What if you ordered a Tesla Model S Plaid center console and simply installed it in an older Model S? Remember, the new center console also includes the additional screen for the rear passengers. Heck, grab a refreshed Model S touchscreen and swap that out as well. Are mods like this possible, and do they make sense? How much does something like this cost?

Popular Tesla YouTube influencer DAErik has done his fair share of cool projects over the years, and it seems he just keeps them coming. It all started with the Tesla showroom garage and makeshift, homemade Supercharger. He's graduated to actually modifying Tesla vehicles in a way that we haven't really seen elsewhere.

We recently shared Erik Strait's video about trying to swap a new, refreshed Tesla Model S Plaid touchscreen into a Model Y. Strait is willing to spend the money on these parts and tinker around with them to reveal whether or not they'll work in various circumstances.

Strait and his friend Dave have talked about ordering a Model S Plaid, and, for a time, it seemed they may settle for the much more value-conscious Model S Long Range. The Long Range is almost identical to the Plaid aside from its slower acceleration. Sadly, it takes just over 3 seconds for the five-seat family hauler to reach 60 mph.

At any rate, Strait doesn't yet own the new Model S, and perhaps he never will. He currently has a 2017 Model S 100D, as well as a Model Y crossover. Since he already has the new Model S touchscreen, he decided to order the Plaid's center console as well. For those interested, we noted in a previous article that the Plaid touchscreen will set you back $1,900.

Click On The Following Model S Articles For More Information: 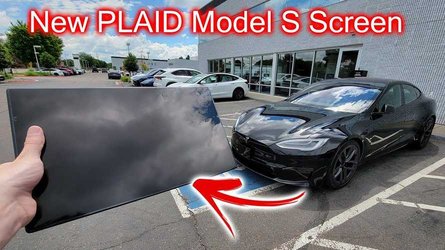 Tesla Model S Plaid Screen Test: Can It Be Hooked Up In Model Y?
⠀ 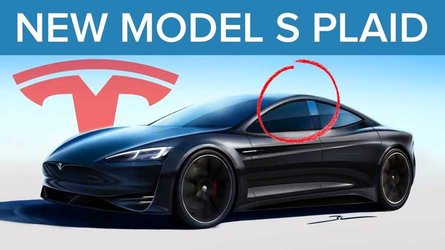 The Plaid center console costs $2,145. Strait wonders if it's worth it to modify the screen for use in the 2017 Model S. Will it work? What modifications may be needed to make this happen? Check out the video for all the details. Once you've had a chance to watch, drop us a line in the comment below.