Will we see a race against a Tesla Model S Plaid?

The all-new Rimac Nevera arrived in California and, as we can see, DragTimes is already on it, doing some testing at the Famoso Dragstrip.

The video above is only a short preview, but we can already tell that the Nevara appears to be very quick.

The car was shown on August 8 at the SunsetGT, Los Angeles and will be on display at the Monterey Car Week, Pebble Beach (12-15 August).

DragTimes announced that "epic content" is in the works, so we are eagerly waiting to see the results.

The quarter-mile time of about 8.6 seconds means that it will be noticeably quicker than the stock Tesla Model S Plaid (above 9.2 seconds).

With the first customer deliveries, the Rimac Nevera will become also the quickest all-electric car in the world. However, with a price tag of around €2 million and a focus on sporty driving (two-seat hypercar), it has nowhere near the level of versatility and relative affordability (in its performance range) of the Model S. Only 150 units of the Rimac Nevera will ever be made. 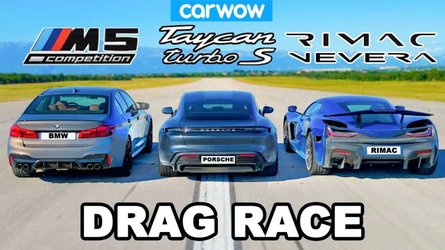 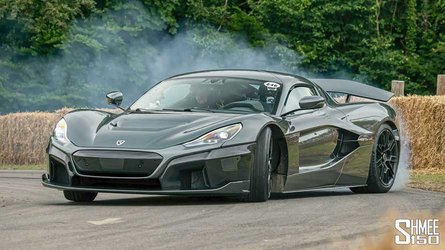 Shmee Experiences Full Send In The Rimac Nevera
By: Mark Kane
++
Got a tip for us? Email: tips@insideevs.com