Rimac Nevera is a bewildering collection of numbers that add up to make it the quickest accelerating car on the road today. However, going quickly in a straight line just isn’t enough and it also needs to deliver fun and exciting handling around the corners.

The Nevera was recently taken up the Goodwood Festival of Speed hillclimb course with famed automotive YouTuber Shmee150 as a passenger. Shmee not only experienced the car’s straight line acceleration, but he also saw Rimac’s test driver throw the car around the road, making it slide with incredible ease.

It really looks like a fun and controllable vehicle that is sure to provide thrills in the corners. You can surely drive it cleaner, without provoking as much oversteer, but it’s nice to know that it is a vehicle that lets its driver have fun, when this is possible and safe (i.e. only on a track or closed off road, really).

Rimac plans to build 150 examples and they will have a starting price equivalent to $2.4-million.

More on the Rimac Nevera 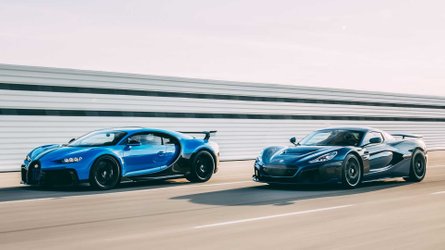 Bugatti EV Won't Be A Rebadged Rimac Nevera, ICE Still Has A Future
⠀ 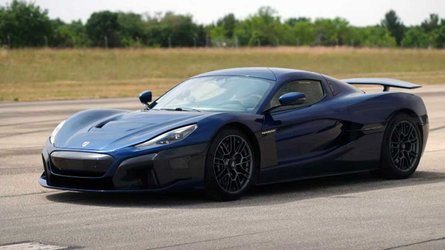