They signed a non-binding agreement to install and operate a public charging network for battery electric heavy-duty long-haul trucks and coaches across Europe, under a new joint venture.

"The joint aim is to initiate and accelerate the build-up of charging infrastructure to enhance customer confidence and to support EU’s transformation to climate-neutral transportation."

The initiative reminds us of the IONITY network for electric cars, which was also established by several car manufacturers.

According to the press release, the signing of a joint venture agreement can be expected by the end of 2021 (is subject to regulatory and other approvals), while the operations would start in 2022.

The founding partners intend to invest a total of €500 million ($594 million) - each will contribute equally (about €167 million) into the joint venture.

Within five years, the network is expected to consist of 1,700 charging points, however, the number of stations (at key highway locations and at logistic and destination points) and power levels were not disclosed yet.

"The agreement lays the foundation of a future joint venture (JV) - equally owned by the three parties, planning to start operations in 2022. The parties intend to invest together 500 million Euros to install and operate at least 1,700 high-performance green energy charging points close to highways as well as at logistic and destination points, within five years from the establishment of the JV."

We guess that charging power will be at theMW level (at least several hundred kW), simply because of the battery size of long-range electric heavy-duty vehicles and the requirement to utilize the 45-minute mandatory rest period in Europe on recharging.

"By focusing on customers’ needs, different applications will be taken into consideration. Battery electric vehicle fleet operators will be able to leverage both fast charging tailored to the 45-minute mandatory rest period in Europe focusing on long-distance transport – the highest priority of the future JV – and also charge overnight."

Despite the three groups partnering in the joint venture, they will remain competitors in all other areas.

Later on, more partners are expected to join the network as shareholders (bringing more capital), which will allow to further expand the network.

"The number of charging points is with time intended to be increased significantly by seeking additional partners as well as public funding. The future JV is planned to operate under its own corporate identity and be based in Amsterdam, Netherlands. The future JV will be able to build on the broad experience and knowledge of its founding partners in heavy-duty trucking."

According to the European Automobile Manufacturers Association (ACEA), Europe requires up to 15,000 high-power public and destination charging points for heavy-duty vehicles by 2025, and up to 50,000 by 2030, to support electrification that is required to meet emission targets in the European Union.

We have seen ACEA's report from 2020, and nothing much has changed since then in terms of deployed infrastructure. 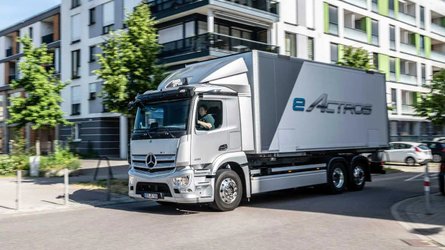 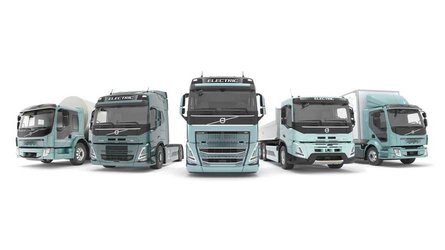 Volvo Trucks Electrifies Its Entire Truck Lineup
By: Mark Kane
++
++
Got a tip for us? Email: tips@insideevs.com