We've heard about the Plaid's 0-60 mph and quarter-mile times, but this spec is crazy impressive.

When people talk about a car's acceleration, they often refer to zero-to-60-mph times. This makes sense since it's basically just about all you can experience on public roads, at least without breaking the law. When it comes to actual racing, the quarter-mile run is the gold standard.

With that said, the Tesla Model S Plaid is reportedly the quickest car ever produced. It can rocket from zero to 60 mph in just 1.99 seconds, as long as all the right conditions are met, and rollout is included. Even under ordinary circumstances, and without rollout, the Plaid is insanely quick.

As far as the quarter-mile is concerned, Tesla says the high-performance Model S can pull off the sprint in a commanding 9.23 seconds.

We don't typically talk about 60-120 mph times. However, if you're entering the freeway and really pushing it, this is another metric you can experience on public roads, at least to some degree. However, you'll have to back off the go pedal once you hit the speed limit, unless, of course, you're willing to break the law.

The Model S Plaid is a four-door five-seat large sedan that carries a starting price of just $129,990. Most other vehicles that can even come close to such times are purpose-built limited-production million-dollar supercars, though there are some exceptions. However, none have proven they can beat the Plaid's specs. 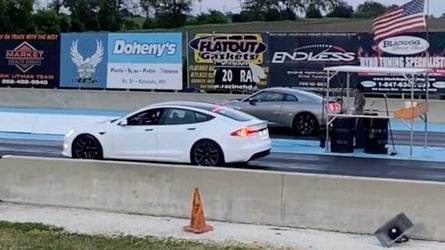 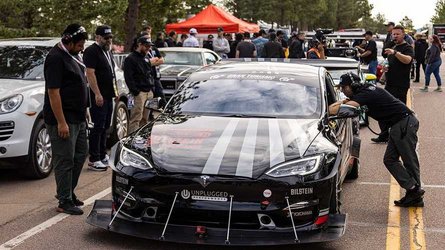