Place your bets on these base models. Gas or electric to 60 mph?

Popular YouTube influencer Everyman Driver got his hands on a Toyota GR Supra to compare to his Tesla Model 3. We've seen the Supra race several Teslas in the past, but typically, the Toyota is tricked out. In addition, the Tesla Model 3 Performance is usually the one to watch for when it comes to drag races.

We found this brief racing video interesting and unique since it features a Toyota Supra 2.0, the base model, and there are no mods. In addition, it features a Tesla Model 3 Standard Range RWD, which is one of the cheapest Model 3 sedans Tesla has made, as well as the slowest from zero to 60 mph.

Toyota brought the Supra back to market as an all-new 2020 model after a long hiatus. For 2021, it's available in a new, cheaper variant with a 255-horsepower 2.0-liter turbocharged four-cylinder engine. The 2021 Toyota GR Supra 2.0 starts at $43,090. It's only available with rear-wheel drive. According to Toyota, the four-cylinder Supra 2.0 can accelerate from zero to 60 mph in 5 seconds. The top speed is 155 mph.

These cars provide a nice even matchup in terms of their starting prices, acceleration times, and rear-wheel-drive setup. Will the Model 3's instant torque help it win in a zero-to-60-mph battle? 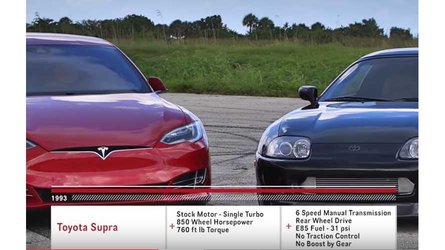 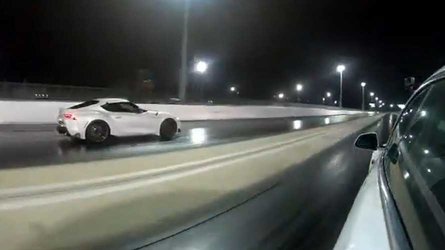 Check out the video for the results. Then, scroll down and drop a message in our comment section below.