Vauxhall Corsa-e is the top small electric car in the UK.

The passenger plug-in electric car segment grows nicely, reaching 18,752 new registrations (up 1,177% year-over-year) and once again taking more than 13% of the total volume.

"Total plug-in vehicle market share broadly followed the trend seen in recent months, accounting for just over one in eight vehicles, or 13.2%. Unusually, plug-in hybrids (PHEVs), at 6.8% of the market, were more popular than battery electric vehicles (BEVs) at 6.5%, following cuts to the Plug-in Car Grant. Monthly BEV uptake was down compared with Q1 2021 overall, however, as they had been running at 7.5% of total registrations."

So far this year, more than 77,000 new passenger plug-in cars were registered in the UK at an average market share of 13.6%.

"BEVs are now expected to account for 8.9% of registrations by year-end – down from the 9.3% initially forecast in January, in light of March’s changes to the Plug-in Car Grant. With PHEVs anticipated to take a 6.3% market share, total plug-in vehicles should comprise 15.2% of all cars registered in 2021." 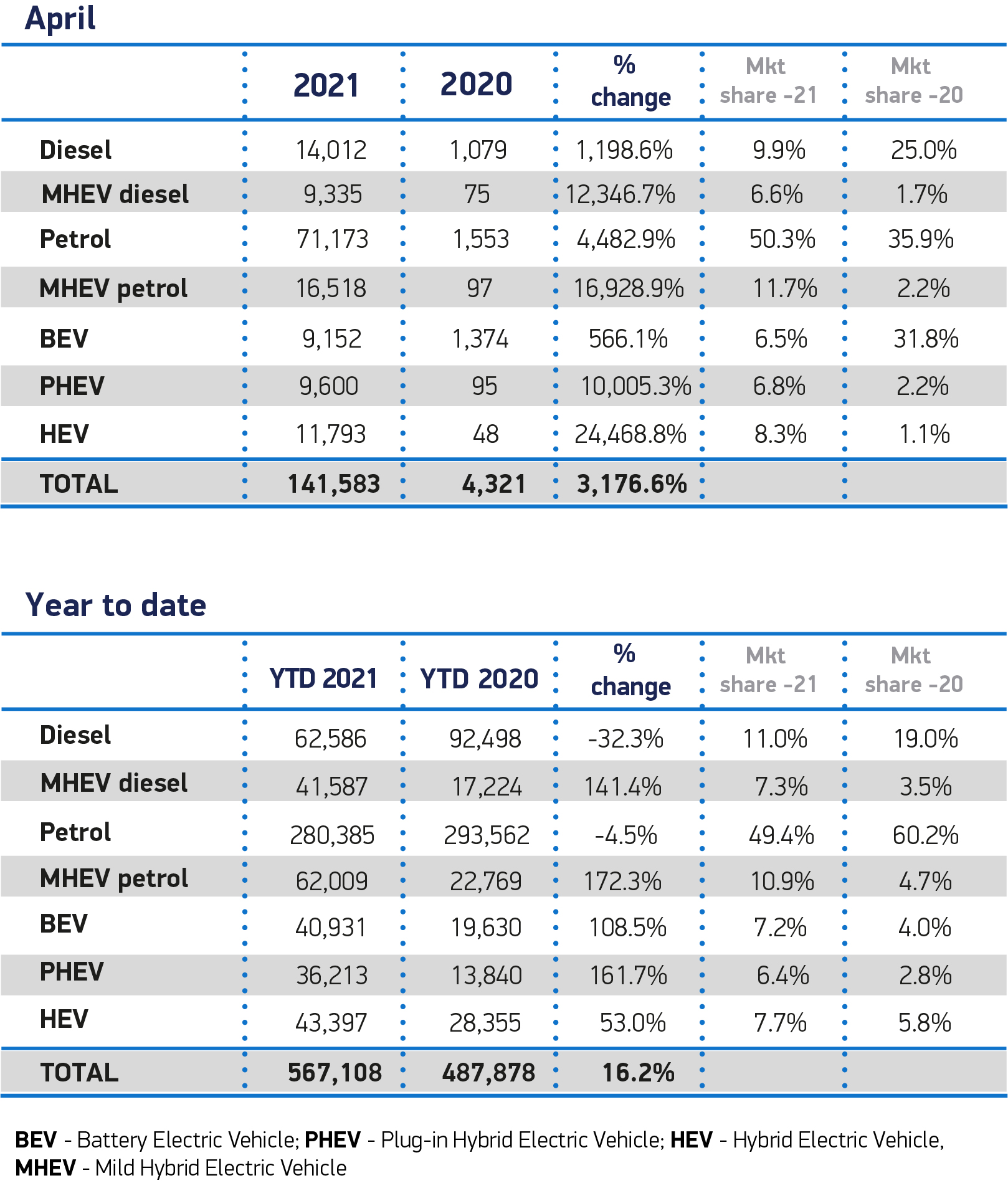 This time we don't have precise numbers for best-selling plug-in cars. What we know is that the Vauxhall Corsa-e (in the rest of Europe known as Opel Corsa-e) is the top-selling model (3,968 in April and 16,381 YTD) and the top small electric car with 1,706 units YTD.

Norway: Volkswagen ID.4 Was The Top Selling Model In April 2021
US: Ford Sold Fewer Mustang Mach-E In April, Because Of Europe?