Is the entry-level Tesla any better?

The most recent charging test of the Tesla Model 3 SR+ version raised a lot of interest. Today, we will check out how it compares against the Volkswagen ID.3 with a 62 kWh battery, analyzed previously.

The ID.3 with a 62 kWh is the closest EV competitor for which we already collected fast charging data (more comparisons of various other cars to follow). It's a modern MEB-based car, with a battery capacity about 13-17% higher than in SR+, depending on the version/estimation (53 kWh or so in 2020 or 55 kWh or so in 2021).

The thing we would like to see is whether Tesla Model 3 SR+ has an edge over a major mainstream EV model in Europe.

In the case of the 2020 SR+ version, the overall performance is better up to about 75% SOC.

Because of the smaller battery capacity, a similar shape and average values indicates that Tesla Model 3 SR+ still has an advantage over Volkswagen ID.3, but it's not something groundbreaking. 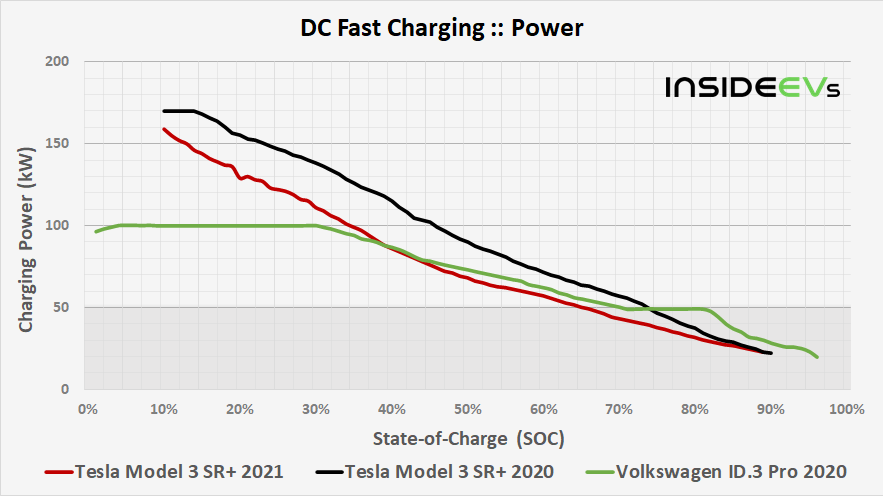 The lower battery capacity in Tesla Model 3 SR+ means that the pack is under a higher load than in the case of Volkswagen ID.3. Especially in the first part. 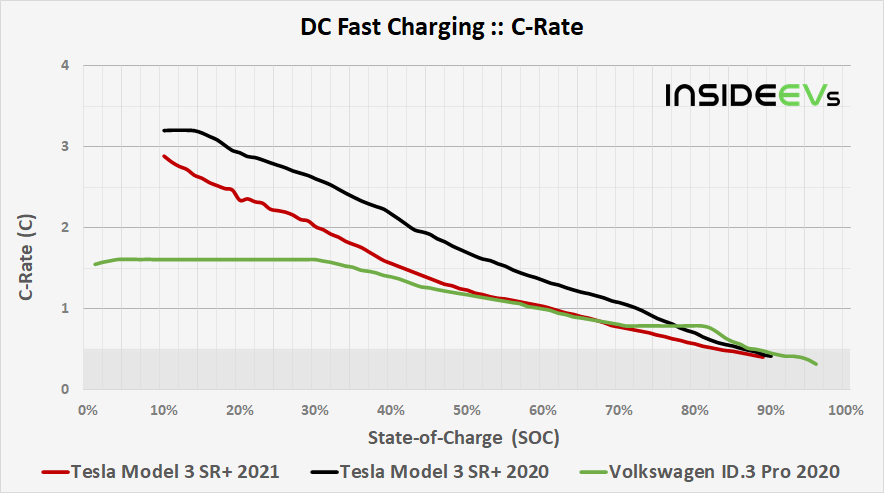 A higher charging power (on average) and lower battery capacity translated into a much faster charging of the 2020 Tesla Model 3 SR+. The difference is at least several minutes, up to about 10 minutes.

In the case of 2021 SR+ tested by Bjorn Nyland, despite the average charging power being lower, the car also charges quicker because it has a lower battery capacity. The difference is however smaller (at higher SOC, the ID.3 is quicker).

*The starting points were adjusted to the lowest common SOC. Chart only for illustrative purpose with not very high accuracy. 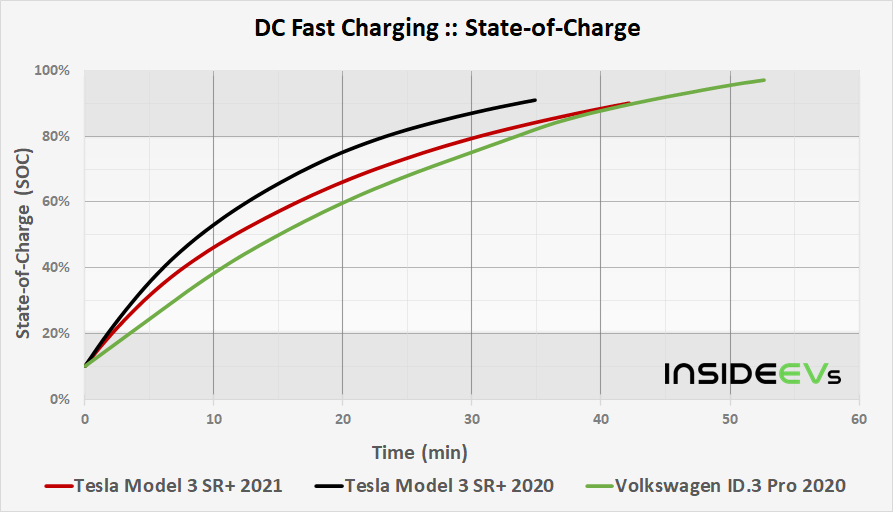 Because Tesla Model 3 is so efficient, it has a similar or higher range than the ID.3, which directly translates to a higher rate of range replenishing.

In other words, from the consumer perspective, it will charge faster (less time to add range). 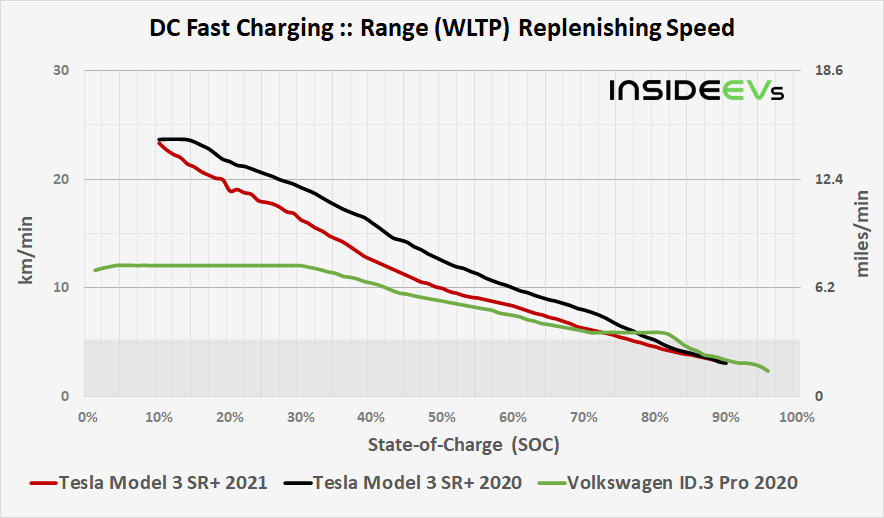 According to the data that we collected, Tesla Model 3 SR+ has a small edge over Volkswagen ID.3 (62 kWh). It charges at a similar average power level, despite having lower battery capacity.

High efficiency/range translates into a higher rate of range replenishing (less time on a charging station). This difference might be noticeable by customers (especially in 2020 SR+).