We know General Motors has set itself this ambitious target to only sell EVs after 2035, but it sounds like it won’t be met.

Many manufacturers have vowed to eliminate all types of internal combustion engine-powered vehicles from their lineups within the next decade or so and General Motors is no exception. GM has officially announced it wants to have an EV-only lineup by the year 2035 and that it wants to stick to the time frame it has set for itself to make the switch, but it seems not everybody in the company is convinced it can be done this quickly.

GM still wants to go EV-only, but it may not happen by 2035 if doing so would negatively affect the company and make it lose some of its business. Automotive News quotes GM North America chief, Steve Carlisle, who said

We intend to win wherever we're competing and irrespective of propulsion system. At the same time, we're setting ourselves up for this pivot, which is inevitable.

He still reinforced the company’s plan to go electric, he is still wary

We're all-in, but we need other people to join us. We're going to do everything we can possibly do to make that future come true. There's a bit of leading the horse to water.

In other words, if the market doesn’t change quickly enough (i.e. buyers don’t change their preference in favor of EVs sooner), then GM and other automakers will have no choice but to give the market what it wants, or risk losing business. Carlisle pointed out that

It's part of the balance. We've got to provide the consumers what they want when they want it and at the same time give a different, compelling view of the future.

In America, General Motors currently sells the Bolt EV and Bolt EUV, but there’s a new fully-electric Hummer pickup coming in the near future, as well as a slew of Cadillac-badged luxury EVs too. Right now, GM wants to shift production of three of its factories to fully-electric vehicles, and it has announced a total of 30 new EVs that it plans to launch around the world by 2025, as part of a $27-billion investment. 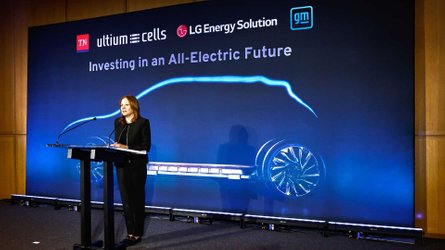 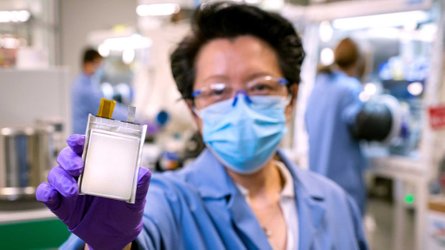